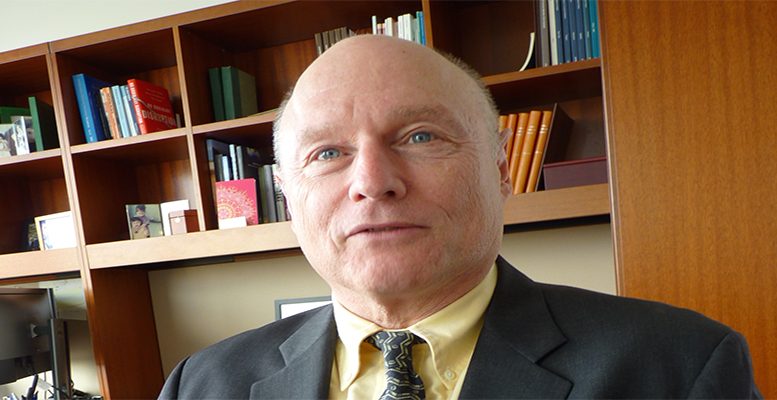 A populist in the White House, a Congress which only works if it is bipartisan – and not, as is the case, if each of the two big parties is divided into two, or three factions which don’t talk to each other – and a state aparatus which is in the process of being dismantled is not the best backdrop for making macroeconomic forecasts. But that is the job of Bruce Kasman, chief economist at JP Morgan, the biggest bank by assets and market capitalisation in the US. His analysis of the situation of the world’s biggest economy after the first year of Donald Trump’s presidency is not very optimistic. In this interview, Kasman implies that not much has changed and that the economic problems the US had in 2016 have been the same in 2017 and will probably remain in 2018.

Q: What should the Fed be concerned about at the moment?

A: The markets are complacent and this has probably helped asset prices. And this is a worry for the Fed, putting it in a position where perhaps it is beginning to consider that there is a potential problem of financial stability which is increasing. This is what is affecting the decision-making. Even although the news on inflation has been disappointing, the members of the Open Market Committee (the Fed organism which decides on monetary policy) are disposed to thinking that this weakness in prices is transitory, so they don’t take it into account when they are establishing interest rates.

Q: Now that you mention inflation…Will it return to normal levels of around 2% one day?

A: Yes, we believe it will gravitate towards that level next year. From March to May 2016, there was a drift towards lower inflation in the US. Although the reason most usually put forward to explain that is the trend in prescription medicines and telecommunications – particularly the prices of telephone calss and the internet connections – nobody really knows why it happened. Inflation is intrinsically a process which causes a lot of statistic ‘noise’ and we need to focus on the fundamentals to analyse it. And, if we analyse the fundamentals, we can see that these have not changed: the US labour market is still very tight, import prices have not only not declined in the last few years but are beginning to rise. And company surveys continue to point to production prices being strong. In reality, if we look at underlying inflation in the developed countries, we can see that it has not been moving downwards anywhere over the last few months.

Q: And what about full employment in the US. How is it possible that salaries and prices don’t rise with full employment? Is the Phillips Curve dead?

A: If we analyse the data from the last 25 years, there is very little inflation. Underlying inflation in the US has never really fallen below 1% and has never really risen above 2% since the mid-1990s. And this throws up some interesting questions. The first one is that the secular dynamism in the labour market is reducing inflation, via technology and globalisation. This was seen, for example, at the end of the 1990s, when the dollar was strong and external demand was weaker, so there was hardly any inflation in the US despite strong growth. More recently, in 2014 and 2016, the dollar’s rise once against offset inflationary pressures. Underlying inflation was only on the point of breaking the 2% barrier in any sustained way at the end of the 1990s and before the financial crisis, when the labour market was also very tight, and in both cases there were recessions which interrupted this process of price rises. The big question now is wage inflation. Because, if we take another look at the last 25 years, we can see that there has been a consistent pattern: when the labour markets tighten, wage inflation increases. And this is not happening.

A: Some say that growth potential has declined because we are in a prolonged phase of low investment…because the advance in technology is probably not doing enough to help the economy as it did 10-15 years ago. And that has something to do with it. Perhaps the fact that the baby-boomers are now retiring may play a part here. This means that those people on high salaries are leaving the labour market, while the millenials are joining it and are on lower salaries. This generational substitution not only depresses salaries, but productivity growth as well. The baby-boomers receive higher salaries because their productivity levels are high. I know this is a fairly arguable issue, but our argument is that, if salaries are adjusted to productivity, the relationship has not changed with respect to the last two and a half decades.

Q: You have mentioned another big mystery: the stagnation of productivity. There is a lot of talk about driverless cars, apps like Uber, Lyft or Airbnb. And, in general, of “the Internet of things” (IoT). Why is all this not having an impact on productivity?

A: The key issue here is that productivity is about the interaction between machines and technology and workers. And today the majority of the latter work in the services sector, in an office, and most of the technology we are talking about doesn’t affect them.

Let’s look at what happened in the US and in the world between 1985 and 2000, and focus on one worker in particular: myself. I began to work in 1985, after finishing my doctorate, with a ballpoint pen, a notebook, an HP 12-C calculator and a lot of business cards. I wrote my thesis for the doctorate on a typewriter! But six months later, I had my first PC. And then everthing changed. Think about the productivity that spread sheets and word processing brought. Some years later, Internet arrived and then we began to see portable devices which allowed us to be in contact with everyone and started to interact in the global economy and in the emerging markets. That was a very strong period in terms of productivity gains. My question is: why should Uber affect productivity? What has happened in word processors, email, and spread sheets over the last decade? What has technology done in the lasts 10-15 years at that level? And there is another point which I think is very important: when we look at the technology and productivity in an industry, we see companies which are very efficient in the use of technology, but we are not seeing this difusion in their sectors of activity. But in the previous 35 years, advances in technology were more dispersed throughout the economy as a whole.