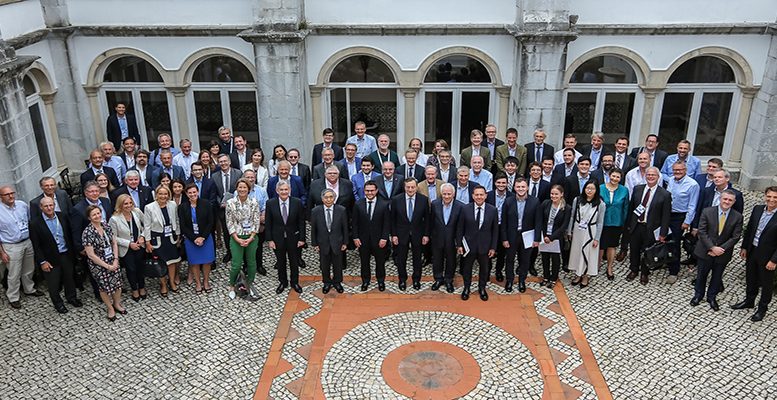 J.L.M. Campuzano | It is always interesting to listen to the President of the ECB. On Monday we had a new opportunity to do so, a month after the last monthly meeting of the institution. President Draghi was relatively optimistic about the state of the European economy, based on the estimated growth of 0.4% in the first three months of the year. This is five years of accumulated expansion. Moreover, he reiterated his confidence in the progressive evolution of inflation to its target level.

And monetary policy? The decision, in our case both orthodox and non traditional measures, depend on the data. And given Draghi’s optimism, it is reasonable to expect the cautious strategy of monetary normalisation announced a month ago to be put into effect.

But all this does not mean there are not risks on the road to monetary normalisation. President Draghi set them out currently in the international context, and especially protectionism. He sought further European integration to fight these risks, integration to reinforce the expansion of the economy. He argued that monetary union is incomplete and vulnerable, which is why it needs to be strengthened, both at institutional (complete banking union and a single capital market) and national level. It is important to strengthen confidence in the countries themselves, with governments adopting measures to strengthen and modernize their economies.

The ECB calculates that its extreme expansionary monetary measures have contributed nearly two points to European growth since 2014. The question now is whether the benefits of maintaining them outweigh the risks of prolonging excessively lax financial conditions too long. President Draghi also repeated yesterday the strength of the banks: strength of balances and reduced potential risks. Preserving banking stability is key to the implicit objective of financial stability. And this means normalizing monetary policy, especially the most distorted measures like the negative interest rate for the deposit facility.

This debate about monetary normalisation is already international. The following graph from Citi shows the expectations of the behavior this year for central banks in 59 countries.