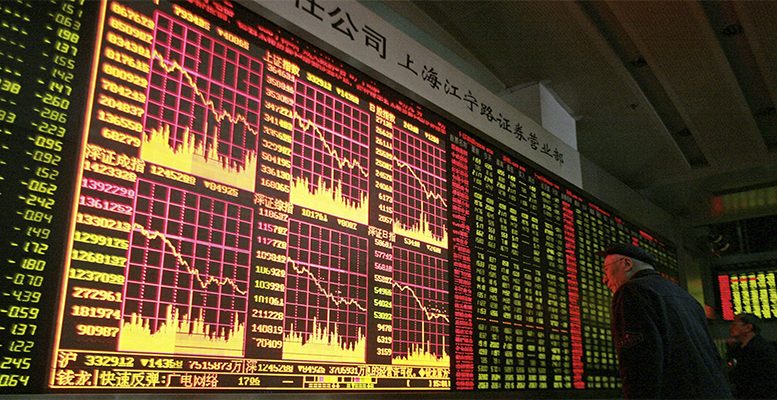 Caixin | The country’s National Development and Reform Commission, together with the Ministry of Commerce, announced at the end of June a shortened “negative list” for foreign investors, which will come into effect on July 28. The newly shortened list removes restrictions on entrance to primary, secondary, and tertiary industries, and includes 22 opening-up measures in important areas, including finance, transportation and logistics, trade circulation, professional services, manufacturing, infrastructure, energy, natural resources and agriculture. The 48 areas remaining on the negative list are significantly reduced from 2017’s 63, clearly demonstrating China’s determination to further open up to the rest of the world.

The move to shorten the negative list has been widely applauded, but also faces some objections. Some people believe that allowing foreign investors national treatment and trimming the negative list were both, to some extent, products of trade negotiations with the U.S. Now that the U.S. has turned once more toward unilateralism and protectionism, China should stop trying to implement these measures, these people argue. But China’s persistence in shortening the negative list at a time of growing trade conflict shows that the country’s multidirectional opening up is not a short-term response to external pressure, but a long-term commitment to push toward high-quality development and greater national strength. In the future, China should not only open wider to the outside world, but also create a better business environment and provide more convenient services for foreign investors. Since it has substantially cut down the visible barriers against foreign investment, China should make some progress in removing the hidden barriers. This should be the new focus of its opening-up effort.

The total volume of foreign investment in China has increased exponentially in the 40 years since the country first opened up. According to a report by the United Nations Conference on Trade and Development, China has for a few years maintained its position as the world’s second-most attractive investment destination. However, foreign investment growth in the country has visibly slowed down recently, and foreign companies have complained about deteriorating business conditions within China. The central government’s encouraging and welcoming attitude toward foreign investment has not changed, but simple preferential policies are becoming less and less attractive to foreign investors. China’s future attractiveness to foreign investors will depend more on whether it can maintain a business environment and industry systems that function according to the rule of law.

Relaxation of market-access restrictions does not necessarily mean that barriers have truly been eliminated. The glass “doors” and “ceilings” encountered by domestic private enterprises show how invisible barriers can persist. Foreign investors may face high-sounding resistance in some areas where domestic interest groups have already achieved dominance in related fields. During the 2014 national “two sessions,” for instance, representatives of the Aviation Industry Corp. of China proposed that civil aviation design and manufacturing should be included on the negative list for foreign investment in the country’s pilot free-trade zones. The newly shortened negative list has lifted all restrictions on foreign shareholding ratios in the aviation industry — a refreshing change. But invisible barriers are likely to spring up in industries with the aim of protecting local industry interests. If China does not completely optimize its business environment and eliminate invisible barriers, not only will the effectiveness of relaxing restrictions on foreign investment be greatly reduced, the country’s new plans for opening up will also be directly hindered.

This means that the Chinese government’s reform must adapt to the new requirements of comprehensive opening up as soon as possible. Changes to the negative-list policy have changed the country’s original approval-based system for foreign investment projects into a filing-based system, and the approval-focused way of thinking about foreign investment is gradually fading away. So the government must not only delegate its powers, but it must also enhance its ability to supervise matters throughout the investment process. This is a challenge that will touch a nerve for many of the parties involved. Local governments in particular must quickly adjust their traditional focus on approval and pay more attention to regulation, which they have previously placed less emphasis on. They must also overcome their “ability panic” — a term used to describe officials’ lack of confidence. Simplifying government and delegating power, while integrating management and optimizing services, will profoundly change the interests of government bureaus and cannot be achieved through simply issuing a document. Top-down supervision will be crucial to this reform’s success.

China’s policymakers have repeatedly stressed that China’s door of openness to the outside world will not be closed, but will only be opened wider and wider. The current level of openness was not achieved without difficulty, and ensuring the coherence and continuity of future openness will determine whether China’s opening up will fail or succeed. The new version of the negative list has laid out an overall plan for the opening up of some areas, providing a road map and timetable for the two key areas of finance and automobiles, setting a fixed transition period for related industries, raising expectations for their future openness. With time running out, domestic companies can no longer afford to drag their feet.

National treatment for foreign investors and clearing the foreign investment negative list are important milestones for China’s opening up after its accession to the WTO. Relaxing access conditions is only first step, and it must be supplemented with greater convenience and greater protection for foreign investors, in order to form a complete system that safeguards foreign investment. Take intellectual property rights as an example. When protection of these rights is weak, some domestic enterprises may benefit in the short term. But, in the long run, weak intellectual property protections will hinder innovation. Strengthening protections, on the other hand, will require China to tackle difficult issues, including problems in its judicial system, and the relationship between central and local governments. Institutions and laws that are incompatible with foreign investment must be adjusted as soon as possible.

Many analysts believe that, while the new version of the negative list increases China’s openness, it will have no major short-term impact in key areas such as aviation, railways, and electrical networks. We believe that, considering current circumstances, the determination and sincerity demonstrated by the new negative list is more significant than its short-term impact. However, this also shows that increased access for foreign investors to these areas could actually have been implemented earlier. Even as China tackles hidden investment barriers in the future, it is worth examining the explicit restrictions on foreign investment that remain, and questioning whether they are really necessary.