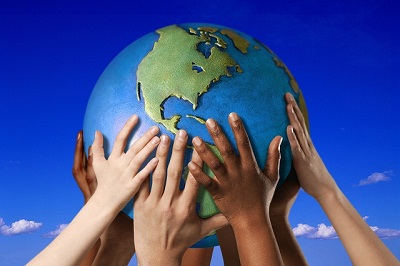 By Julia Pastor, in Madrid | Solidarity is one of the feelings that gives more satisfaction to human beings. In some societies, this capacity of putting oneself in the place of another person is more pronounced or more developed. In gross terms, and according to the Spanish Fundraising Association (AFEr, in its original acronym), Spain is not the most supportive country within the European environment, since only 18% of its adult population cooperate economically with non-government organisations or NGOs against 58% of people that make donations in the United Kingdom, 48% in France or 43% in Italy. This means that Spain is 30 percentage points under the European average. Nevertheless, the solidarity answer of Spaniards towards a catastrophe or a humanitarian crisis exceeds so far other countries’. In fact, Spain was the third country in raising funds, about €50 million, after the earthquake in Haiti.

“Spain is not a less supportive country than others, but its solidarity is more impulsive. Spanish people is highly willing to help when natural disasters or humanitarian crisis occur,” explains Marcos Concepción, AFEr’s managing director. “The question is that the projects we NGOs develop are long term-planned, as well

as of very different nature involving problems that cannot be resolved in one day. That is why having a regular support from citizens is so important,” he added.

More than three million of Spaniards cooperate regularly with a NGO, and four million more make donations eventually. As a whole, members of non-governmental organisations invest around €540 million per year. These contributions represent 35% of total funds, and therefore are the sector's main financing source.  They are not bad, but not sufficient if the aim is to reach the European neighbours’ level.

In order to promote the solidarity culture, appreciate and recognise publicly donor’s work, as well as to increase the social base of NGOs, twenty-five organisations included in the Spanish Fundraising Association have prepared the campaign called SOMOS (WE ARE), that starts on June 8. The campaign has fixed this date to commemorate every year the SOMOS Day or Member Day.

This NGOs group has recently demanded Mariano Rajoy’s government for a significant increase of donation fiscal relief in order to put them on a level with those applied in other European countries. In Spain these deductions are up to only 25% of the capital donated, while in Germany, UK or Austria stand at 100%, and in France at 65%, just to name a few examples. In the association’s opinion, these incentives would be a very important boost for solidarity donations.