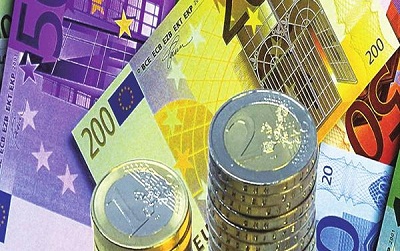 LONDON | The European Commission on Wednesday tumbled and mumbled about the set up of a banking union. Although urgently needed, it would only languish in the corridors, even provided a sudden agreement to push it through could be met. The European Union has no main political door, as it lacks of an executive body directly propped up by a legislative chamber: both organs cohabit inside the creature but not in the natural place, nor with the functions successful federations known to human history have worked.

The European Monetary Union and the EU are a faithful reflection of each other. Yet, the euro would be a beautiful and reasonable project if all pieces fell in place. Brussels tried today to prove this point.

“This new step in European integration [that is, a banking union] would complement our monetary union. In this context, the Commission is putting forward the concept of a banking union as one of the 'building blocks', which should pave the way.”

In a rushed press release, the European Commission somewhat aligned itself shoulder to shoulder with the Spanish government's recent proposals, the twist being that the banking union already exists.

“The European banking union is not a new legal instrument to be drafted. It is a political vision for more EU integration, which will build on recent major steps to strengthen the regulation of the banking sector.”

Also, the Commission will set up a new governance framework to monitor banks more closely and take action through possible sanctions when they spot risks. European supervisors would intervene in cases of disagreement between national supervisors in cross-border situations.

And thanks to EU legislation, bank deposits in any member state are guaranteed up to €100,000 per bank account if a bank fails. In terms of financial stability, this guarantee should prevent depositors from making panic withdrawals from their bank, diverting severe economic consequences.

The European Commission reminded everyone that

“in July 2010, the Commission proposed to go further, with a harmonisation and simplification of protected deposits, faster pay-outs and improved financing of schemes, notably through ex-ante funding of deposit guarantee schemes and a mandatory mutual borrowing facility.

Indeed, it could. Besides,

“the European Stability Mechanism (ESM) will have a lending capacity of €500 billion. For euro area Member-States not subject to a programme, the ESM will have the possibility of providing a loan for the specific purpose of re-capitalising financial institutions.

“Recapitalisations can also be conducted under a loan accompanied by a fully fledged macroeconomic adjustment programme.”

It must be just hard for market participants to believe that these tools will eventually fail to fit within an obvious design and smoothly roll on. In fact, in the City of London, for instance, the idea of a banking union would be welcomed. Robert Talbut, chief investment officer at Royal London, explained in a note to investors today that

“I suspect that the route by which this [the banking union] will finally be brought ahead is through the growing issue of capital flight from various countries as companies and individuals decide that moving their money out is the only logical thing to do. As this develops, so minds will be concentrated on the price of attempting to stop it. The resulting recapitalisation of the banks, together with some form of deposit guarantee, will prompt the decision over which countries it can apply to. In reality you have to believe that this is exactly what the policymakers are working on currently.”

“…if we do see widespread and significant recapitalisation of the banks, deposit guarantees, European-style QE to support the bond markets and further special measures for some countries, this could herald a far more constructive environment for risk assets.”

Because the euro area is peopled by the right institutions, high officers' hinting at logical resolutions serve as powerful deterrent against the swift fiasco of the common currency structures and the financial stand of its more troubled country members. The cost of the credit for Spain has slipped down under the 500-basic point bar again these days, truth be told.

The European economies, nevertheless, deteriorate further with every false hope. National positions become stricter and less flexible, too, and markets have only so much patience.