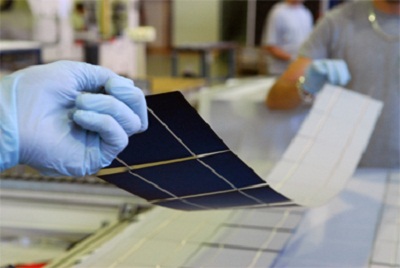 MADRID | Solaria Energía, the only solar company listed in the Spanish stock market, announced it will begin the development of a 60 MW photo-voltaic field plant in the area of Calera y Chozas, in the province of Toledo in Spain. The plant will dump its output into the local grid at the corresponding market tariff, with no economic incentive and therefore competing with traditional energy sources. This project is part of the generation investment plan that the company has for 2012 – 2015.

Solaria said it will carry out the development, engineering and management of the project, providing also its second generation high efficiency modules, as well as its leadership and technology in the photovoltaic sector. The total project investment is estimated at €60 million.

The company noted that the Toledo operation

“shows our commitment to the Span

ish market where the grid parity is becoming a reality and where solar energy is already a mature technology, capable of compete with traditional energy sources.”

Solaria is formed by a team of more than 500 people, and is present in Germany, France, Italy, Spain and Latin America, as well as through strategic agreements with major partners in Israel and the UK.

The incoming conservative government suspended Spain's feed-in tariff in January 2012. However, a white paper released by Bloomberg New Energy Finance on May 16 found that the cost of photo-voltaic or PV generation is already lower than retail electricity in Spain, as well as in Germany, Italy and Denmark.

Specialist news Solar Server said Solaria is not the first company to pursue large-scale PV in the nation since the suspension of the feed-in tariff. In April 2012, Gehrlicher Solar AG (Neustadt b. Coburg, Germany) signed an agreement to build a 250 MW PV plant in Extremadura, Spain, which will also not benefit from feed-in tariff payments.