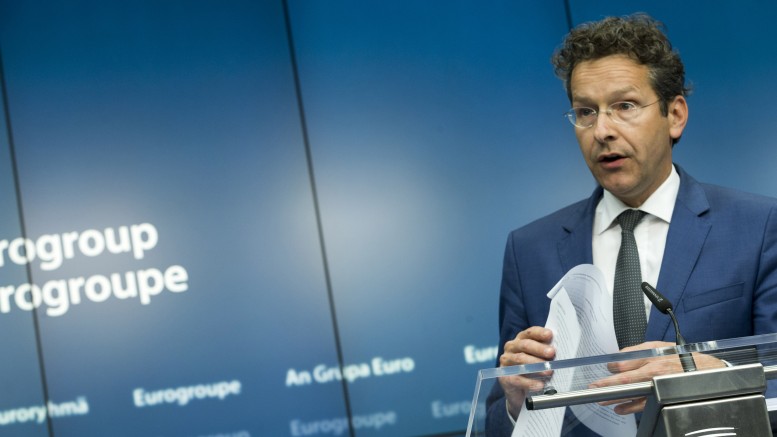 Yiannis Mouzakis via Macropolis | Following an 11-hour Eurogroup that brought back memories of other classic encounters between Greece and its lenders, an agreement was reached to disburse 10.3 billion euros from the programme’s financing in two tranches – next month and in September – as the much-contested debt issue was put on the table.

It is no coincidence that out of the four officials that took to the podiums in the press conference that followed the meeting, the European Stability Mechanism’s Klaus Regling and Poul Thomsen of the International Monetary Fund, appeared – for different reasons – the most uncomfortable when they had to discuss the sensitive issue of debt relief.

In typical eurozone fashion the final product on the night was a compromise brought about by multiple concessions that meant most parties did not lose too much face. Here’s what it means for the key players.

First of all, the outcome of the Eurogroup means that Greek Prime Minister Alexis Tsipras has managed to conclude the review, although his government will have to make some “corrections” to the legislation it passed last weekend.

Completing the review means Greece gets a much needed injection of cash that will help it overcome its liquidity squeeze and allow the repayments of some arrears between now and the end of the year. Also, given the mostly mild conditionality outlined for the next review in the autumn, Tsipras can plan for a relatively calm summer and maybe even winter.

Furthermore, the European Central Bank’s governing council is expected to decide on June 2 to reinstate the waiver on Greek government securities, which was lifted in February 2015. This would lead to lower funding costs for Greek banks for around 4.5 billion of liquidity that has been withdrawn.

Also significantly for Greece, the debt issue was put firmly on the table. This could be interpreted as a victory for the Greek side but the concessions from the eurozone are limited. Any major interventions have been deferred until 2018 at the earliest and are subject to programme compliance that could easily cause friction, especially given that Tsipras has to implement a highly recessionary programme full of direct and indirect taxation.

Tsipras also seems stuck with the IMF, which may now stay on board even though the Greek prime minister had only recently suggested should have no place in a European programme.

In the DSA it published on Monday, the IMF includes an in-depth analysis of all the structural and institutional factors that are holding Greece back. If reforms of such nature are included in the new IMF programme milestones, Tsipras will need to bite a series of bullets and undergo further transformations which might be beyond his and SYRIZA’s capacity and ideological orientation.

German Finance Minister Wolfgang Schaeuble is probably the one participant in the Eurogroup that completely achieved his objective. His only concession is that he had to compromise on his initial stance that Greece’s debt does not need to be discussed before 2023.

There is nothing in this agreement to make him uncomfortable beyond that. It does not require any major changes to the programme’s modalities, the targets remain, large-scale debt measures are not due to happen until after the German elections in autumn next year and the IMF has committed that it will go to its board with a recommendation to participate in the Greek programme with financing and a new programme that will ensure policing of compliance and reform implementation.

The fact that Poul Thomsen could only claim as a significant outcome of Tuesday’s meeting the understanding that Greece’s debt is unsustainable and requires action highlights how much the IMF had to climb down from the position it put forward in Monday’s DSA, in which it called for immediate and unconditional debt relief.

The IMF’s analysis emphasised how even with heroic efforts Greece will not be able to achieve a primary surplus of 3.5 percent of GDP. The Fund called for this target to be lowered to 1.5 percent. It saw as impossible the idea of Greece transforming itself from a laggard in productivity to a eurozone leader. This meant it kept long-term growth projections to just 1.25 percent, outlined the dismal record that Greece has in privatisations and the troubles of its financial sector.

It called for gross financing needs to be limited below 10 percent of GDP up to 2040 and under 20 percent until 2060. According to the IMF’s analysis, a significant debt reprofiling was required, involving the extension of maturities of EFSF loans by 14 years, ESM loans by 10 years and GLF loans by 30 years.

It also asked for fixed rates that will not exceed 1.5 percent until 2040 and the elimination of any spreads on GLF loans.

Most importantly, it said that Greece needs an unconditional component of debt relief that will send a strong and credible signal to markets about the commitment to debt sustainability that will act as a catalyst for investor confidence and remove any speculation about Greece’s place in the euro.

This means that Thomsen conceded ground, a lot of ground.

He has committed to taking a recommendation to the board for IMF participation with some short-term debt management solutions that fall way below the need for immediate debt relief the Fund stipulates, as well as some general commitments for debt relief at the end of programme, if necessary and upon conditions.

Perhaps knowledge of the uncomfortable compromise likely to be needed is why the IMF’s managing director Christine Lagarde refrained from participating in last night’s Eurogroup and the subsequent press conference.

It is not the first time over the last six years that a Eurogroup has ended with all parties proclaiming Greece has been set on the path to recovery. For a variety of reasons, reality and the economy often wash away these hopes.

As things stand, the deal announced in the early hours of Wednesday in Brussels appears to secure a period of relative peace over the next few months but the sweet taste that this leaves may later be replaced by a heaviness in the stomach.