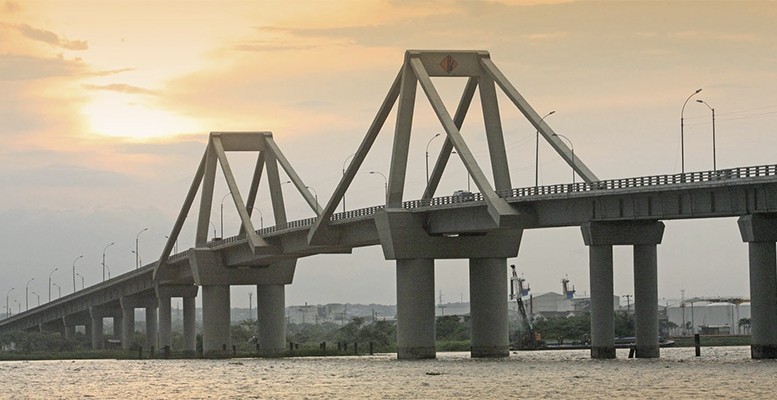 Spanish companies like Sacyr and Abertis are interested in obtaining contracts and acquiring assets from its competitors in Latin America, currently immersed in a crisis.

At the same time, Spanish companies like Sacyr and Abertis are keen to obtain contracts and assets from their competitors in Latin America who are currently facing a crisis. These include Brazilian constructors Odelbrecht and OAS and Mexico’s ICA.

Sacyr is targeting a 49% share of the contract to build the Chaco bridge, worth almost 1 billion dollars; the remaining 51% is in the hands of Hyundai. Abertis is eyeing the purchase of the Yellow Line concession in Peru, where OAS holds 25%.

Latin America is a key market for Sacyr and Abertis

The constructor estimates that almost 60% of its concessions’ portfolio revenues comes from this region, half of which is from Colombia; as they are greenfield projects, their construction will also generate income for the division handling this activity.

Abertis has been increasing its exposure to Latin America with the acquisition from OHL of motorways in Brazil, as well as growth in Chile and Puerto Rico.

On the other hand, the Panama Canal goes ahead today after several years of litigation – still unresolved – between Spanish constructor Sacyr and the Panama Canal Authority because of 2.690 billion euros of excess costs. Now Sacyr has announced its intention of tendering for the fourth bridge over the Canal.

The fourth bridge over the Panama Canal is worth some 1 billion dollars (approximately 890 million euros), according to caretaker Minister of Public Works, Ana Pastor. Sacyr will bid for the project in consortium with Korea’s Hyundai, while another Spanish builder, ACS, will bid along with its subsidiary Dragados.