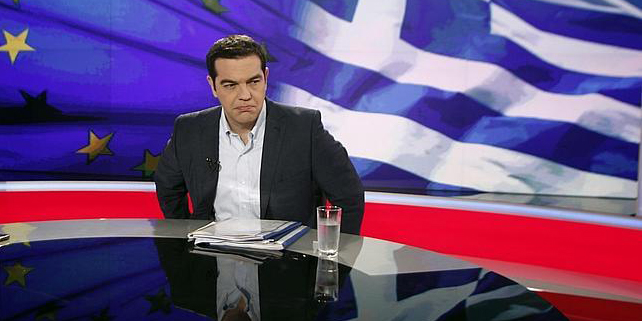 The harsh medicine dished out to Athens mirrors the humiliating terms imposed on the WW1 losers by the Versailles Treaty. The statement from the Summit is drafted in the  impolite and acrimonous style reserved for ‘diktats’ issued to surrounded foes.

Tsipras certainly deserved being sternly chastised for his reckless ride into open defiance. But unduly punishing the Greek people for their government’s flaws shows how far away Europe is from embracing the key solidarity principle. Forget any hope that mutually supportive schemes, such as eurobonds, might fly in the future. France was all too aware its plans for Europe’s enhanced integration were doomed as it frantically tried to salvage some slender remnants of sovereignty in the Summit draft.

The proposed temporary withdrawal from the euro, tabled by Mr Schäuble, has delivered a shattering blow to Draghi’s subtle pretence that the euro might survive any ordeal.  Saving crises with mere promises, as he did in 2012, will not work any more. The euro looks now more fragile than ever. It now seems governed solely by creditors’ petty interests.

Worse than that: Germany and other creditors have played their cards very carelessly. By  forcing Greece to dump its economy into a recessionary vacuum, they have completely thwarted its ability to pay back. Furthermore, money will take too much time to save the banking system from its current plight, causing the costs of redressing such a staggering demise to skyrocket.

Many reforms seem well-intentioned, even if one doubts that a reference to bakeries should find its place in a formal Summit statement.  But setting up a privatisation piggy bank to reshuffle banks, trim down debt and provide extra investment facilities is a crazy idea.  Greece is hardly in a position to find 50 billion euros in disposable assets when Spain proved unable to cash in such a huge amount from its long-standing privatisation round. Not even the UK achieved that staggering level under Mrs Thatcher’s mandate.

So, Greek banks facing immediate bankruptcy will remain shut for a long period and the level of insolvency of their portfolios will reach a new record. Meanwhile, the economy will face utter collapse. Ultimately, the German taxpayers wil foot a much higher bill than expected, as no European country can be condemned to such utter misery.

The Grexit stands as the only chance of avoiding such a dismal fate. The outcome of the creditors’ agreed plan will inevitably dash all hopes of recovering their dues. As that credit event unfolds, half a trillion euro loss will likely damage selfish countries’ budgets.

They will deserve it.