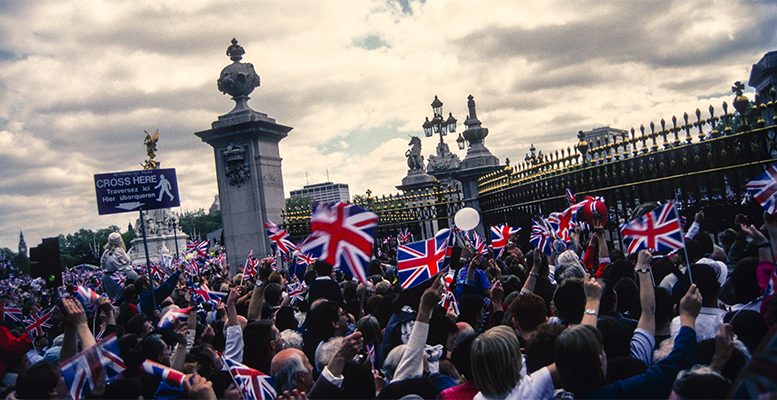 The UK turned its back on the European Union’s project. Experts in the UK, Germany, Spain and the US analyse this event that took financial markets by surprise.

Spanish analysts J. L. Martínez Campuzano from AEB highlights now three important ideas regarding Brexit: global monetary systems are prepared to provide a buffer for the financial instability  fuelled by the uncertainty. The negative economic effect will be prolonged. Finally the effective decoupling of the UK from the European Union and the establishment of new relationships; in both cases the process will be slow and probably over the medium-term.

“The initial reaction from the Asian markets has already anticipated investors’ shock today. But it’s logical that there is uncertainty and concern at the moment, particularly after all the warnings we heard from the international authorities about the potential economic, financial and even social impact of Brexit. But fear is rational, panic is clearly irrational. And faced with the risk of panic, it’s a good idea to reiterate the three previous points.

From a political perspective, the most important point is trying to anticipate what decisions the European authorities might take in the near future. Don’t forget there is a European Council meeting next week.

It’s also important to remember that the practical short-term result of the referendum, in terms of the UK remaining as part of the EU, is nil. In short, the UK will still be a member of the EU while it negotiates its departure (in the first place) and also probably while new commercial and financial relations are negotiated with Europe. It will be a long period, a minimum of 2 years but with no clear maximum deadline.

And the implications for the rest of the EU? A few months ago an ECB council member said that the quantative impact would be limited, but he was not at all sure about the qualitative impact. In the end, it will largely depend on the European authorities’ decision. We will watch how events develop.

According to Deutsche Asset Management, David Cameron had previously said that he would stay on as prime minister in the event of a “leave” vote but is likely to be quickly deposed as Conservative party leader and thus prime minister.

“The next leader is likely to be a euroskeptic, which would probably complicate initial “leave” discussions with the EU. The immediate question is when to trigger Article 50 of the Lisbon Treaty – i.e. to formally start the leave process. In theory, the U.K. might benefit from a few weeks or months of deliberations before doing this, but pressure from the financial markets and other European leaders could well force a quick declaration. The EU is expected to adopt a tough negotiating stance, partly to batten down anti-European sentiment in other member states, but also because the U.K. arguably needs a deal more urgently then the EU does. The BoE looks well prepared for extreme market reactions, not least as it could access foreign currency by activating existing swap facilities with the European Central Bank (ECB) and the U.S. Federal Reserve. In the longer term, it could cut rates to support the U.K. economy; quantitative easing could be done if necessary. However, it might face a dilemma if a falling GBP causes inflation to rise. The U.K. Chancellor (whoever he or she will be) will face difficult decisions on austerity vs. the need for fiscal stimulus.”.

Lloyd Blankfein, Chairman and CEO of Goldman Sachs, has announced early on Thursday that they respect the decision of the British electorate and have been focused on planning for either referendum outcome for many months.

“Goldman Sachs has a long history of adapting to change, and we will work with relevant authorities as the terms of the exit become clear. Our primary focus, as always, remains serving our clients’ needs.

As there is no ambiguity in the results of the referendum. Natixis AM affirms the United Kingdom is in the process of leaving the European Union.

It’s a terrible disruption for Europe as its unity is called into question. But it’s also a deep change in perspective for young people who are the future of the UK: 75% of the 18-24 wanted to remain. Therefore conflicts of generation will be a real issue in coming years. What has changed with the result is a deep break in expectations as the relationships of the UK with the rest of the world will follow a new profile. With the European Union the access tot the single market will no more be the reference as we can anticipate trade barriers that have to be defined. In relationship with the rest of the world, British trade was imbedded in EU agreements. These latter will no longer be the reference for the UK. In other words, the fifth most powerful economy in the world will have to define new economic relationships with the world. It creates a risk of fracture and will create large uncertainty. That’s why a recession is probable in the UK in coming months. At the same time, the banking sector activity which is the strength of the City will see a large part of its business in Euro moving to the rest of Europe.

This historical day will also have an effect on the currency side.

Forex markets are showing typical shock reactions today, all the more since in the past days they probably had become too comfortable with the idea that the Brexit would be rejected. The Sunday press will surely offer a detailed analysis of the surprising outcome of the vote. It is still too early at this stage to discuss about what the events mean for the UK political landscape and stability, how or when Article 50 of the Lisbon Treaty will be triggered, or what it means for the European Union as a whole. On the currency markets, the pound sterling is suffering the most, as expected, while safe havens such as the JPY, the USD and the CHF are facing upward pressure. While for most currencies the shock could abate in the next few days, we expect the pound’s weakness to continue, as fundamental factors will kick in, such as the expected meltdown of foreign direct investments.

Gilts are likely to rally on today’s performance in response to the referendum result. However BoAmLRates say:

Do not see this lasting for long over the coming weeks, seeing bearish repercussions ultimately dominating. In Europe we see Bunds rallying to -20 to -25bp and see Bund-BTP widening beyond 170bp.

An important uncertainty for UK’s banking sector after ‘leave’ vote as most economists see a near 1 -1.5% cut to the country current GDP growth forecasts over the next 2 -3 years. This will impact loan growth which has historically been highly correlated to nominal GDP. For Citi Research the domestically focused SME segment will feel the most impact. They also add that a further uncertainty for the sector will be whether there is a second Scottish referendum.

“The most immediate concerns for UK banks will be Passporting issues (Barclays and HSBC) and currency risks (Bank of Ireland, Deutsche Bank, Sabadell (TSB), and Santander). So, We have reduced NIMs going forward to reflect wider spreads, increased the Cost of Risk to reflect deterioration in asset prices and quality, reduced volume growth to reflect a slowdown in growth and the housing market, and used higher cost of equities to reflect increased uncertainty. We reduce 2020 EPS forecasts by 11% to 28%.”

Subdued investment and foreign direct investment into the UK to weigh on activity. According to AXA IM, this is likely to be supplemented by the sharp tightening in financial conditions in its wake. Moreover, an expected relative boost to the short term inflation outlook, against rising uncertainty for employment is likely to renew pressure on households.

“We expect UK GDP growth to slow significantly from the 1.9% we forecast in a Remain scenario. Our expectation is for quarterly growth to fall back towards zero around the middle of next year. Accordingly, we change our forecast pencilling in GDP growth of 1.5% (from 1.8%) in the UK for 2016 and 0.4% in 2017 (from 1.9%).

They continue to believe that the Bank of England will provide support for the UK economy. Governor Carney spoke this morning to reassure financial markets. He stated that the Bank stood ready to provide liquidity support in sterling and FX, if necessary. He reiterated that the commercial banking system was significantly more resilient and better capitalised than in the past. And he said the Bank would “assess economic conditions and consider other policy responses”.

We have long forecast that Brexit would consider an easing in monetary policy, we estimate two successive 0.25% rate cuts and the likelihood of £50-100bn quantitative easing (QE).