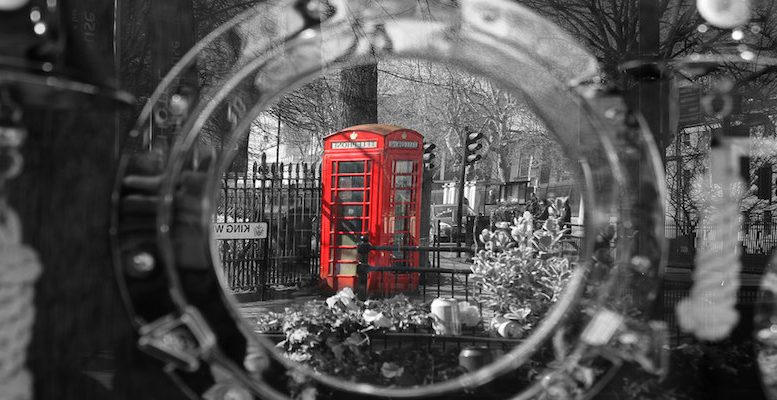 Christina Dykes | On July 2, The Economist had a surprisingly alarmist cover-page heading. “Anarchy in the UK” it read, a claim it justified in an editorial that said the United Kingdom “has seldom looked so wildly off the rails.” Having backed the Remain campaign, the magazine is either a bad loser or it has been blinded by its own narrative. It is not the country that is off the rails—it is the political class. And that has become evident.

Such a heading from an international magazine will do nothing to illuminate what is really going on in the UK. So, let me offer my observations that are based on 34 years as a Westminster “insider.”

In an article for Fair Observer, CEO and Editor-in-Chief Atul Singh has already made the point about English exceptionalism. It is not just that we inhabit an island that has safeguarded us against land invasion and from war-ravaged battlegrounds, but it is because as a fringe country we have had a history of standing alone.

Many would recall 1940 and the fight against the Germans, or the defeat of the Spanish Armada in 1588. But there was also King Alfred the Great and his stand against the Vikings, Aethelstan and his defense against the Irish and the Scots at Brunanburg in 937, Henry VIII and his snubbing of Catholic Europe or our persistence against Napoleon. It is a history of English consciousness that, up to the 1960s, was imprinted on every generation by popular history books such as Our Island Story by H.E. Marshall or in the Lady Bird History books for children. Lords, members of parliament (MP) and visitors can still see such heroic versions of history in William Dyce and others’ murals in the Palace of Westminster.

English exceptionalism also found voice in the nation’s tradition of non-conformism and its associated radical politics. The referendum’s pattern of voting shows the areas that were most solidly Brexit paralleled the areas where non-conformism was the strongest: the east and northeast of England.

That dogged stubbornness and willingness to stand alone is part of the English character that lies dormant unless it is stirred by adverse circumstances.

We are at such a time now. It is not anarchy, but a revolution of sorts when large sections of the ruled are rebelling against the will of the ruling—the government. It is an echo of the attitude that sustained the English Reformation, produced the Glorious Revolution, and the 19th and early 20th century constitutional reforms of Parliament. You could liken it to a process of checks and balances of the Constitution to reflect society as it is, not how it was.

Grievance and isolation, fear and frustration stand behind most revolutions. The signs of discontent were detectable. Many have cited growing economic disparity in the patterns of wealth. But the answer is not only about regeneration or revitalization of the less affluent areas, which has been the government’s approach. It is about fairness, a very potent sentiment.

The new rich are those who have benefitted from the success of the service industry and the entertainment business, but the rewards have not filtered down as they once did when investment was in land or when manufacturing carried—certainly in the former—social obligations. The new wealth is about self-interest characterized by self-oriented social totems such as luxury toys and indulgent fashion.

Moreover, while large areas of the UK outside the capital struggle, the City of London has come to epitomize greed and privilege. The culture in the banks encouraged bad behavior for which too few have been held to account. Millions of pounds were irresponsibly lost while the majority had to pick up the bill. This is about social justice as well as legalities.

As resentment smoldered, voters felt their grievances were not being heeded. MPs, sullied by the expenses scandal, seemed remote and impervious to the country’s needs. Too often, consensus between the major political parties on political topics—of which the Brexit debate is the latest example—blinded real debate. Try as I might, I am unable to define Cameronism as an ideology. It looks too much like political pragmatism, but then David Cameron did of course say he was the heir to Tony Blair.

Consensus government, both in Britain and in Europe, stood as a barricade of jargon and bureaucracy, protecting those who the people thought were in positions of authority. In Europe, the system is not flexible enough to tackle the problems of the 21st century. Globalization, the counter sentiments of identity politics, economic imbalance, the ease of population movement, and more aware and savvy populations have shamed the solid bloc approach that offered no ready answers. Above all, the lack of accountability of the European Union gave the Brexit camp a golden pass.

In Britain, representative democracy is being undermined by the strength of social media. There are too many politicians in the UK who “do not get” social media—or more to the point its power. It is just not acceptable these days that an MP will not accept correspondence by email.

Those in authority too often see leadership in a heroic style when adaptive leadership would encourage greater participation. But many politicians have no idea of different styles of leadership apart from the sense that they must lead. Politicians are the only “profession” I know that does not have any official professional development. Mention a need of support or coaching and you will get a blurry-eyed look and a mutter that they had been elected so that is OK—forever. Campaigning is not the same as governing. Politicians fail because they see themselves as a race apart that cannot be improved. That is wrong.

These themes are not new, but the political elite have not tackled them owing to a self-righteous group-think or just temerity. It has encouraged a singularity that has incited narrow thinking. I worry about immigration, but I am not a racist. I think the National Health Service (NHS) needs major reform, but that does not mean I am against a health service for all.

All too often, those who dare disagree with accepted thought are labeled truculent at best and mistaken at worst. Look at the abuse heaped on those who supported Leave. A new propaganda has been encouraged, aided and abetted by disappointed politicians, which has labeled them racist haters. In turn, this has encouraged demonstrations presenting spurious arguments against the referendum result. It is the most cynical upshot of the last four weeks.

The system of patronage, which rests with political leaders whose influence is seldom doubted, encourages the stifling, stupefying and narrowness that characterizes political parties. Political promotion is seldom on achievement—it is mostly naked patronage. There was too many who were “exposed” during the expenses scandal and have since been rewarded by promotion or membership of the House of Lords. Job for the boys, and girls, encourages insularity and their pool of self-interest.

There are good MPs but too many are remote and seen to be irrelevant. Parliament is failing in its primary duty of being the fulcrum of the nation’s concerns. The result of the referendum and the popularity of people like Donald Trump, Boris Johnson and Nigel Farage who do speak their minds and do not conform are a signal that things have to change. Like most “revolutions,” we do not know where it will end—although typical of an English revolution it has started softly and tamely.