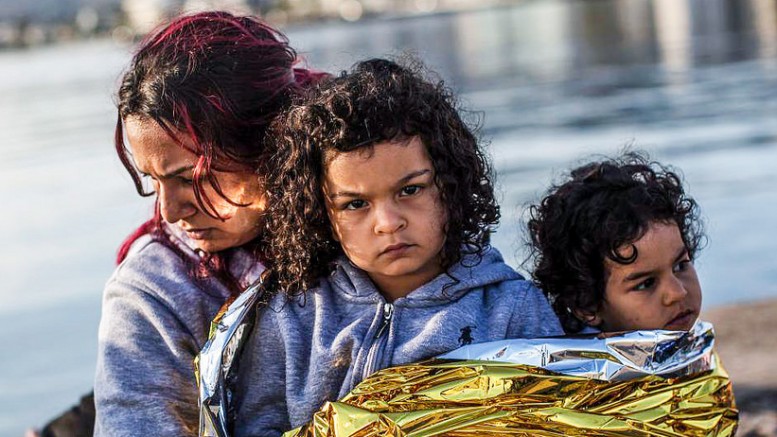 EU politicians have not a common approach on refugees

Nick Malkoutzis via Macropolis | When Turkey catches a cold, Greece gets the shivers. It’s always been the way. When there is political instability in Turkey, Greece starts to worry about Ankara externalising the crisis and turning against a weaker neighbour to divert public opinion.

It may be that decades of conflict and antagonism have made Athens nervier than it needs to be, but there have been specific cases of Greeks becoming convenient punchbags, in some cases literally, for Turkish frustration. History is littered with examples, such as the Istanbul Pogrom in 1955 and the Imia Crisis of 1996, when Greece and Turkey almost went to war over a rocky outcrop in the Aegean, prompting Washington to intervene and separate the pair.

Maybe it is understandable, then, that there is considerable concern in Athens about the possible consequences of the latest turmoil in Turkey (even if we set aside the knock-on effect it may have on reunification talks in Cyprus). For starters, Greece has inadvertently found itself caught up in the blowback when a military helicopter carrying eight members of the armed forces who allegedly took part in the failed coup performed an emergency landing in Alexandroupoli, northeastern Greece.

From the first minute, the Greek government made it clear that it had no intention of granting political asylum to men accused of trying to overthrow a democratically elected government in their homeland. Nevertheless, a legal procedure for such cases is in place and Athens could not be seen to be circumventing it, for fear of finding itself facing a conviction at the European Court of Human Rights in the future.

This meant the soldiers could not be returned overnight, much to the irritation of Turkish officials. Turkey’s ambassador to Greece argued that not returning the fugitives “would not help at all, and that public opinion’s sentiments might be … reactionary, let’s say.” Perhaps realising that this, along with his comment that Greece should never have allowed the helicopter to land, sounded like a veiled threat, the ambassador issued a clarification a little later in an apparent attempt to ease the tension.

However, the episode highlighted the kind of difficulties that could be created between the two countries due to events that are out of Greece’s control. This was further emphasised by reports last Wednesday that Turkish, and then Greek, aircraft were scouring the Aegean in search of two boats that were supposedly carrying putschists trying to flee Turkey. In the end it proved to be a false alarm, but the potential for misunderstandings and grave mistakes in such situations is clear.

Greece argues that it is a victim of repeated air space and territorial water incursions by the Turkish military and these incidents have led to fatalities in the past, such as the death of Captain Kostas Iliakis in 2006, when his F-16 collided with a Turkish jet over the Aegean. There have been numerous near misses as well. In the current febrile atmosphere, it would not take much – even unintentional actions or gestures could be enough – to make Greek–Turkish relations much more complex and edgy than they have been in recent times.

The current government has made an effort to open channels of communication with Turkish President Recep Tayyip Erdoğan and his administration. Fairly intensive diplomatic exchanges between the two sides culminated in Prime Minister Alexis Tsipras becoming in March the first Greek leader to visit Izmir in 95 years. There, the two countries held their fourth so-called High Level Cooperation Council – discussions between the premiers and top ministers from each side on how to improve relations. There was talk of direct flights between Ankara and Athens, a high-speed rail link between Thessaloniki and Istanbul, as well as cooperation in the energy sector via the Trans-Adriatic pipeline (TAP).

Since then, though, Ahmet Davutoğlu has been replaced as prime minister and Erdoğan has embarked on a domestic purge of military and civilian officials he believes are faithful to US-based preacher Fethullah Gülen, the man whom the Turkish president has identified as being the key perpetrator of the botched coup. The domestic turmoil within Greece’s neighbouring country means that Athens cannot be sure of exactly who it is dealing with at the moment, nor what kind of disposition and goals will govern the actions of the Erdoğan administration in the future. By yanking out hundreds of high-ranking officers from his armed forces, the Turkish leader is weakening the once-proud and powerful military but could also be making its behaviour more unpredictable, with less experienced officers being put in charge.

Perhaps, though, the biggest short-term concern for Greece is whether events in Turkey will affect the European Union’s deal with Ankara regarding the refugee crisis. While there are many problems with the EU–Turkey agreement, its greatest benefit to Greece (as well as Germany and other countries that migrants tend to head towards) has been a dramatic reduction in migrant arrivals. In June, for instance, there were just 1,554 arrivals in Greece, according to the UNHCR, compared to 31,318 in the same month last year. This has given Greek authorities some time to create extra facilities and organise themselves. However, serious problems remain: island “hotspots” remain overcrowded, the processing of asylum applications continues to be slow, the returns to Turkey are happening in relatively small numbers and much of the EU continues to shirk its responsibility in terms of relocation and resettlement of refugees.

It isn’t hard to imagine the kind of chaos that would be created in Greece should there suddenly be a spike in the number of refugee arrivals due to the Turkish government’s focus being elsewhere or because of a breakdown in relations between Ankara and the EU. Erdoğan has already indicated what kind of mood he is in, warning other countries to “stay out of our way”. This comment was, at least in part, prompted by the EU highlighting that Turkey’s accession process would come to a halt if it readopts the death penalty.

Greece’s pivotal role in the handling of the refugee crisis and the unrest in Turkey were cited last week by US Treasury Secretary Jack Lew as two significant reasons for the institutions to lighten the economic pressure on Athens, particularly through debt relief. Lew’s comment, made a day before he visited Athens, suggests that Washington is keen to see Greece get over its economic problems as quickly as possible so it is not left exposed to fluctuations in the region, particularly due to the security implications this could have for other countries.

This presupposes, though, that European leaders are able to see the bigger picture. Unfortunately, as has been proved numerous times, the EU simply does not do geopolitics. If it did, perhaps it would have made a more convincing effort of trying to keep Turkey on a European trajectory, gradually turning itself into a liberal democracy, in the mid-2000s when Erdogan was in the early stages of his premiership, the country’s economy was growing rapidly, the secularist part of society was on the up and there was some enthusiasm about joining the EU.