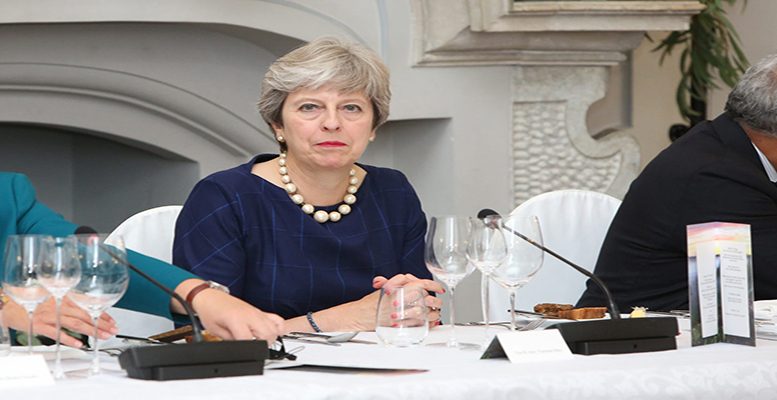 Theresa May has decisive days ahead for Brexit

Last Thursday, the second reading of the UK’s Q3 gross domestic product, containing the expenditure-side decomposition, showed an unchanged expansion of overall 0.4% quarter-on-quarter, but still offered interesting insights. As commented by analysts at Julius Baer, Brexit is indeed causing uncertainty among businesses, as investments slowed by 0.2%. Furthermore, private consumption showed a rise of 0.6%, suggesting that households are currently holding up growth, despite being squeezed by high inflation and negative real wages. They say:

Heading into the last month of this year, Brexit stays omnipresent in the headlines. With the EU summit on 15 December in sight, the EU cranked up the pressure on the UK with a deadline on 4 December for the UK to prop up the financial offer for existing financial obligations beyond Brexit and provide a solution for the Irish border.

While it is known that the EU expects somewhere around EUR60bn (roughly GBP52bn), unverified news is out that UK Prime Minster May is now ready to double her first offer and move up to GBP40bn. While this move would be a concession, it would still fall short of the EU’s expectations and not guarantee that the EU would be satisfied and move on to discuss the more important item in the Brexit timeline, i.e. a possible trade deal between for the period beyond March 2019. Meanwhile, the focus has shifted again to the border issue, where Ireland wishes to avoid a return to checkpoints, but the UK still rejects a written assurance and wants to tie the border decision to a trade deal.

Even if progress is made until 4 December, e.g. a satisfying financial offer and an agreement on the Irish border, this does not alter Julius Baer’s experts’ longer-term outlook on the UK and the pound sterling.

In fact, reaching an exit deal and moving on to trade talks is the precondition of our base case, where we expect that the UK is able to reach a trade deal, most likely in the form of a tariff-free deal (‘Canada model’), but will lose its passport to the EU single market. A relaxation of the situation would not be a move towards a better long-term scenario (i.e. continued EU passport), but rather simply a reduction of the downside risks, namely a disorderly Brexit with no deal at all. Admittedly, good news in December could improve sentiment and in the short term lift the pound to stronger levels.

For the long term, however, analysts continue to expect a further slowing of growth next year to an annual average of 1.1%, with the Bank of England forced to passivity and to allow further weakness of the pound sterling. Their 12-month pound outlook remains bearish at EUR/GBP 0.92, based on expected outflows of foreign direct investments.