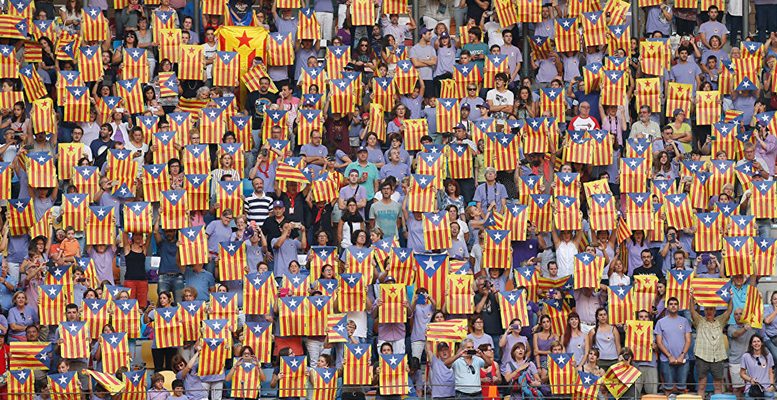 In its editorial “Catalan secessionism is bad for Spain and Europe”, the Financial Times is in complete agreement that Madrid is right. But it notes that it’s a problem for Spain and for Europe, as the title says and we have been saying for some time.

In another article, the journalist evaluates what might happen now. I highlight these two paragraphs because they are the most interesting:

The chance of Catalan independence in the short term is, according to most analysts, zero.

Regardless of turnout or result, the vote will have little official legitimacy in the eyes of the Spanish government, the courts or the international community.

But the Catalan government could unilaterally declare independence.

If that happens, Madrid may be forced to seize control of the region’s administration using an obscure and never-used part of the constitution, article 155.

This would send shockwaves through Catalonia and the rest of Spain, taking the national government into unchartered constitutional waters.

Many in the Madrid government say they cannot predict what is going to happen after the attempted vote.

Either way, images of armed police preventing ordinary people from voting would be a public relations victory for the Catalan government, raising sympathy for the cause.

Can Madrid solve the Catalonia question?

The Catalonia vote has highlighted the severe strains from the 1978 constitutional settlement, which awarded differing degrees of autonomy to Spain’s 17 regions.

Spain has to find a new way for its people to live together. Solving the Catalonia question could mean a new deal giving Catalonia greater autonomy.

But for the moment, the Catalan government says that organising a referendum on independence can be the only basis for talks. Madrid says this is unacceptable.

The two sides are more polarised than ever, and the potential conflict on the streets of Catalonia on Sunday is more likely to fuel tensions than calm them.”

Take note that the journalist believes there is zero possibility of Catalonia obtaining independence. And the main problem, effectively, is not that. It’s that Spain and Europe are weak even if Catalonia doesn’t become independent. The election day was more like an open-air gathering, than anything remotely serious. From the moment the Catalan government allowed a universal census, there were people seen voting in more than one place. This destroys any respect for the outcome.

The FT journalist puts together a good summary of the problems starting from today, Monday. These include Rajoy’s political weakness and the possibility that he will be out there alone, or at least that the PSOE will leave him to it. Undoubtedly the good thing would be to find ways of entering into some kind of dialogue, but it won’t be with those representing independence, who should be in prison on charges of insurrection.

To my way of thinking, the best Rajoy could do is to bet everything on article 155, suspend Catalonia’s autonomy, call general elections and negotiate with the new representatives, taken from Congress. The region’s autonomy is suspended and so it doesn’t have the right to hold autonomous elections. Avoiding these would be one more reason for taking this action. With the difficulties all this entails, Rajoy would need to seek explicit support from Europe. Something much more than the various comments made about the illegality of the coup d’état.

In conclusion, Rajoy has the law on his side, but is politically weak. He needs to look for back up from outside, from Europe, but effective, not notional. We all know the theory. And he needs to forget about showing weakness as he is doing continually. Look at Economy minister Luis de Guindos recently. Offering your hand to someone who doesn’t respect you is surrendering.