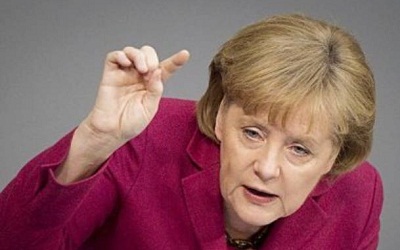 That the peripheral economies of the euro zone show time and again evident scars of a struggling performance is bad news, but known bad news after all. The close scrutiny to which Spain and Italy are being subjected leaves little room for surprises. All the alarms get restless, though, when core Europe somehow stumbles. And Germany has for some quarters now been bitten here and there by the decay surrounding it and the apparent dead end the common currency States have reached.

To be sure, its economy is still expected to keep growing by 0.8 percent year on year, but this rate was 1.2 percent in the first quarter of 2012. In the second quarter, German industrial production fell by -0.5 percent, in contrast to the positive 0.6 percent in the previous three months. In fact, in June (-0.9 percent month on month) it was 0.1 percent worse than market forecasts.

Investment in capital goods recorded an average rate of 1 percent, down from the first quarter’s 5 percent and pointing at a year on year contraction of over -2.5 percent.

The situation isn’t worrying yet. Ratings agency Fitch confirmed Wednesday it will continue to award the maximum grade of the triple A  to Germany’s debt issuance due to the country’s “robust economy” against the general background of its euro partners. The perspective is stable. Any change on the German AAA would further endanger the survival of the euro zone, as bailout funds’ ratings depend on it, by the way.

In June, the German trade balance achieved a €17.9-billion surplus, that is, €1.7 billion higher than in May and €3.3 billion over what market analysts had seen as more probable. So Germany’s overall picture mainly is one of health, competitiveness and hard exports muscle.

Nevertheless, it does also definitively prove that sections of its economy are vulnerable to a euro demise. It couldn’t be otherwise. An investor note on Thursday by broker Cortal Consors experts headlined the comment on Germany with the expression “A less dynamic economy“. And petitions to Chancellor Angela Merkel as that from the Social-Democratic Party’s parliamentary group chief Frank-Walter Steinmeier, who told the German government to accept a mechanism to mutualise sovereign debt within the euro zone, speak of an increasing awareness in Berlin about the need for radical moves. That is a good sign. Be the first to comment on "Curbing Germany’s economic enthusiasm"