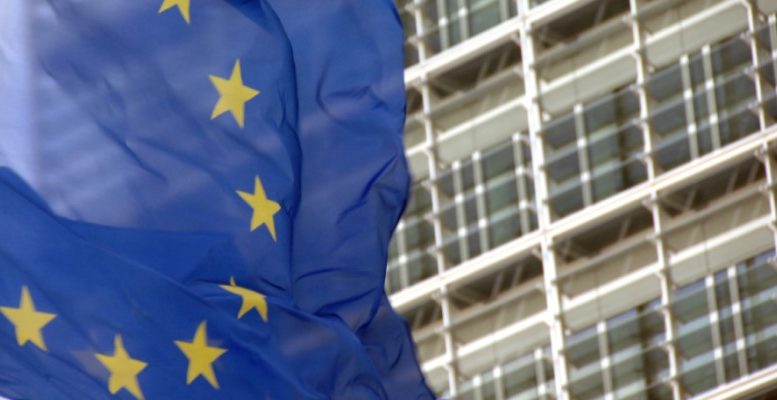 Theresa Crysmann* | When dusk falls in Brussels, top buttons are undone and ties are loosened. But the lobbying continues. In the world’s second biggest lobbying capital after Washington DC, around 30,000 lobbyists also work outside of office hours to advance the interests of their mostly corporate employers. The influence of these corporate lobbies over EU policy- making is substantial – and a threat to the public interest. Conservative estimates put the annual value of the city’s lobby machine at €1.5 billion, and the list of influencing tactics, channels and settings is a long one, with dinners and drink receptions as important as formal meetings for accessing decision-makers and getting a stab at shaping EU rules and regulations.

From pesticide laws and trade deals to climate policies and the rules for lobbying itself, whoever finds a sympathetic ear for their concerns and demands with EU decision-makers holds great power. Because while EU politics often seems a very long way from our everyday realities, the decisions made here affect 510 million people across the EU and have a big influence over the foods we eat, the medicines we use, the chemicals we are exposed to, and many more aspects of our lives.

Corporate lobbies’ activities in Brussels often focus on weakening, delaying or even derailing new laws or reforms which could be bad for business. But with many of the policies in their crosshairs intended to protect people and planet, corporate lobbying tends to pit company profits against our interests as the public and civil society – and puts it corporate bottom lines above all other considerations.

In 2018 alone, we have seen gas industry lobby groups trying to ensure ‘business as usual’ for so-called ‘renewable’ gas in the European Commission’s upcoming 2050 Climate Strategy; Facebook’s lobbyists – despite many scandals plaguing the company – taking aim at proposed online privacy rules ; lobbies representing plastics producers fighting bitterly against measures to rein in single-use plastic waste ; the chemical industry hitting back against the labelling of a likely cancer-causing chemical used eg in sunscreen; and lobbyists for short-term rental platform AirBnB attempting to destroy cities’ affordable housing measures through an EU-level backdoor. And the list goes on and on.

Sure, there is a need for policy-makers to consult with all interest groups that will be affected by a given piece of legislation, from civil society to companies.

But even as lobbying regulation and transparency rules in the EU have somewhat improved over the past fifteen years, this has not changed the fact that corporate lobbies usually have the upper hand over all other interest groups: they are much better equipped, from their staff numbers and financial firepower, to insider contacts and privileged access to the people in the institutions who draft and adapt policy proposals, and eventually pass, kill, or indeterminably freeze them.

So, the playing field on which civil society groups, small and medium-sized enterprises and trade unions are competing with extremely well-connected and well-resourced corporate interest groups remains fundamentally uneven. But not everyone shares this David versus Goliath-view of the “Brussels Bubble”, least of all corporate lobbyists, who like to talk down their own effectiveness. Many EU officials seem likewise unbothered by the risk of corporate interests capturing the policy process: be it top-level Commission staff holding a majority of their lobby meetings with corporate interest representatives not registered in the EU Transparency Register, EU Commissioners meeting with corporate lobbies over 80% of the time , rather than balancing their ‘stakeholder meetings’, or ex-Commission President Barroso joining Goldman Sachs , an investment bank deeply embroiled in the 2008 financial crash, with all of his insider know-how and contacts. Similarly, many Members of the European Parliament as well as the Council of the EU remain happier to talk the talk than walk the walk concerning lobbying transparency and binding rules.

There is certainly a lot of room for improvement when it comes to the political will to loosen corporate lobbies’ grip over EU policy-making. And every week, new, well-funded corporate lobby actors appear on the scene.
One such recent addition are the big digital companies and their lobby groups, which are quickly overtaking, in terms of size and influence, many more established lobbies like the car and chemicals industries. Having shot from relative oblivion onto the centre stage in just a few years, the digital industry’s rapid rise to the top may partly be due to an EU still struggling to adapt to and create policies fit for the digital age. The situation is surely not as desperate as in Japan, where a cyber security minister recently revealed his complete ignorance towards the concept of a USB drive. But in this new policy field on which the EU institutions have even less in-house expertise than on others, the digital sector has much to win – and even more to lose.
The big names in the digital industry are very much making their presence felt in Brussels: Google, Apple, Facebook and Amazon have already received their own acronymic nickname by the press, as “GAFA” lobbying frequently makes it into the headlines. According to Lobbyfacts.eu, interest representatives of just these four companies alone have had a whopping 418 lobby meetings with EU Commissioners and other high-ranking Commission officials in the past four years, not even counting their meetings with lower level officials, or any of the hundreds of meetings held by the sector’s trade associations.
With Microsoft added into the mix, these five leading tech and digital corporations spend over €16 million a year on EU lobbying. And while Google and Microsoft lead the charge with declared lobby budgets of at least €6 million and €5 million in 2017, it is Facebook ’s growth that is particularly astounding. In the span of just two years, the social media giant more than tripled its declared lobbying expenditure, from €700,000 in 2015 to €2.25 million in 2017. ​
A good example of how these companies leverage their substantial budgets, networks, and often privileged access to decision-makers is the battle around the so-called ePrivacy Directive, which has been raging for the past two years. Its goal to better protect people’s online data doesn’t sit quite right with the many platforms like Google and Facebook that rely on selling the often sensitive, personal data of their users to third parties, which use it to target tailored advertising or political messages at them.
With their profits on the line, the digital industry, alongside the publishing and advertising industries, sprang into action and launched what EU Parliament sources described as a relentless and sometimes even “rude”, “aggressive” lobby campaign. To increase the weight of their lobbying and, in Facebook’s case, to keep a possibly toxic company profile from getting in the way, the corporations have relied very much on the efforts of their trade associations to represent their demands with a strong, united voice.
In the murky world of corporate lobbying, banding together like this is a common strategy to up the pressure of an industry’s demands, as are private lobby meetings, invitation-only events, industry-organised conferences with and for high-level Commission staff, dinners and cocktail ‘debates’, roundtable discussions, research commissioned to back a position, and crying wolf about the looming death of an entire sector unless industry asks are taken on board. All of these tactics have also been integral to industry’s strategy for the ePrivacy fight – in many regards a textbook tug of war with public interest campaigners.
What impact the heavy industry lobbying will have on the final ePrivacy proposal remains to be seen. But member states in the EU Council are generally much less keen on the legislation than EU Parliamentarians, so they may deprioritise it so much that time runs out before the May 2019 European Parliamentary elections – which would please the corporate lobbies no end.
The status quo is that corporations still manage to capture EU policy-making to a considerable extent. Research by Corporate Europe Observatory and other lobby watchdog organisations continues to expose corporate lobbies’ high level of power, access, and influence over virtually all areas of legislation and the negative effects on food safety, climate action, social safeguards and much more.
But it does not need to be like this. The upcoming European Parliamentary elections, while not a cure-all, do give citizens a chance to have their say and demand an end to undue corporate influence at the EU level.
*Theresa Crysmann is the media officer at Corporate Europe Observatory, a Brussels-based research and campaign group working to expose and challenge the power of corporate lobbies in EU policy-making.