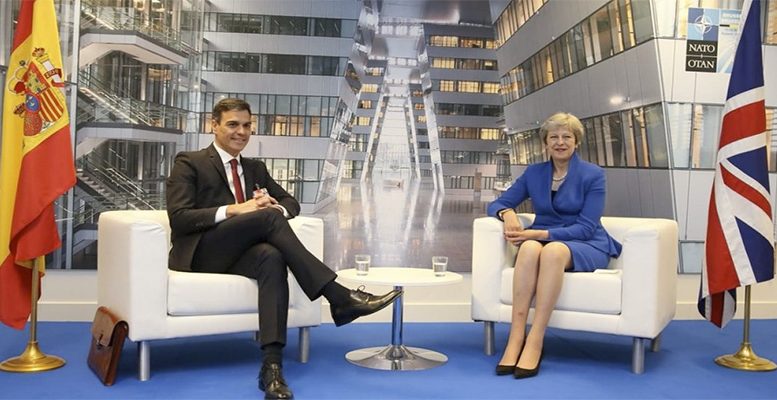 Theresa May has categorically denied Pedro Sánchez’  illusions over Gibraltar and co-sovereignty which he wanted to sell us. May has said that “Spain has gained nothing of what it sought over Gibraltar”, compared to Sánchez’ claim that “there has been an historic agreement” in relation to co-sovereignty. In principle, I have more confidence in May than Sánchez. Firstly because I don´t believe this issue matters in the slightest to Spaniards, which moreover would be a boomerang on the question of Ceuta, Melilla and, above all, Catalunya.

I do have the impression that Gibraltar is a taboo issue for the English, and for the Spanish it is more or less folkloric. For me the authoritative proof is that a nationalist dictator like Franco never lifted a finger to inconvenience the English. If Franco was unwilling to do enough to regain Gibraltar, not even populist outraged demonstrations, which would have entertained his street followers, it will have been for a reason. I have never seen a demonstration about Gibraltar, with or without Franco. I repeat it is of no importance to us.

And now that agreement has been reached on the exit of the UK from the EU, how much does Gibraltar matter to the other member states? Not the slightest support for the position of Spanish Prime Minister Sánchez which did not matter to the problem of Brexit. Because Brexit is a problem, for both Europe and the UK.