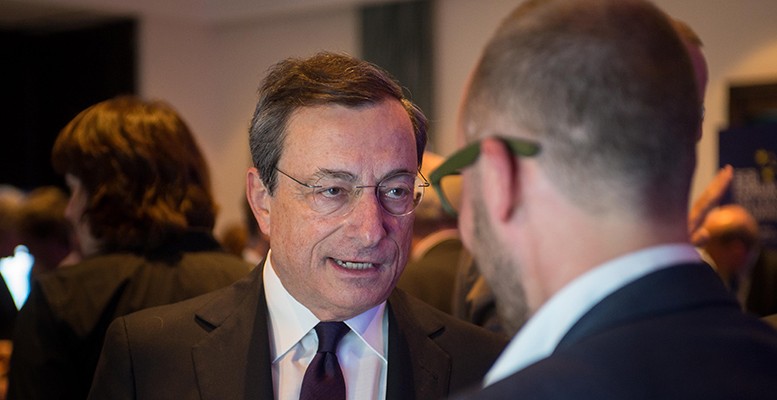 It is worth reading the article by Wolfgang Munchau in which he analyses the minutes of the last ECB Governing Council meeting. In short, Draghi affirms he is prepared to continue to try to drive inflation towards his 2% goal, but the Council members are not so enthusiastic. On the contrary, they put a spoke in his wheel.

But first things first. Who are these members? The governors of the national central banks and the executive committee. The minutes are anonymous, but reflect opinions which are demoralising and diminish the credibility of Draghi’s plans. Presumably the farther north we look, that’s where we find the concentration of sceptical boycotters.

They don’t believe it’s necessary to raise inflation. What does it matter if it’s at zero? The fact is that it is not in negative territory. Furthermore, QE has failed, but it has created a financial bubble, according to others. Former members of the ECB Council, like Otman Issing, German of course, has said inflation should be in a range of 0%-2%, and that’s it.

Other members blame oil prices, saying underlying inflation is already increasing. Munchau says this is not true, that it is falling again, indicating that demand is cooling.

In summary, Draghi is on his own, a fact which is going to undermine confidence in his statements.

Just like the Fed, Draghi is implementing a monetary model which has failed. Increasing banks’ liquidity does not guarantee they will lend more, and credit is what boosts money in circulation.  In order to do that, as Krugman said in his 1998 article about Japan, the ECB has to show that it is prepared to be “frivolous,” to push aside  the anti-inflation tendencies which it has been promoting for years. It is difficult to believe in a central bank which was founded on the basis that monetary stability is its sole function, and is now going to be commited to the exact opposite.

Another alternative is to work out a sound long term fiscal investment plan, so that  money does not get stuck in the banks and can be quickly distributed to repair and increase public facilities, whether it be for schools or training, or for roads, canals and bridges. You will understand that this is impossible in the Europe of the euro, which does not have one, but twenty-something governments. And some of the members like Spain are full of empty infrastructures. In a recent post, we read about the depressing report on Junker’s grandiose investment plan, a big balloon.

The monetary-mechanistic model of boosting bank liquidity is only half of what has to be done. It worked in the US because there was a fiscal impetus which was frozen later on in 2010, as agreed by the G-20. But the combination of the Fed’s policy with the Obama law to increase emergency fiscal benefits, financed by all kinds of debt, boosted demand. The mistake was to cut that deficit too soon, before the economy and inflation had recovered.

With all this, the US recovered from a serious crisis level some time ago, something which Europe has not yet managed to do.

So it is doubly worrying that Draghi is letting the grass grow under his feet at a time when the global economy is deteriorating and the markets are pessimistic. And not only is there not the least threat of inflation, but there is a risk of serious deflation due to tumbling oil prices