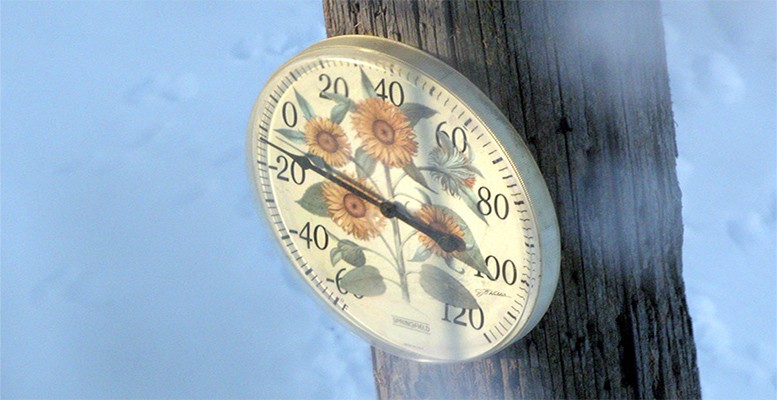 UBS | The Bank of Japan has recently fearlessly (sort of fearlessly) embraced negative interest rates. The negative rates will not be comprehensively applied in Japan, but yet another central bank has broken through zero. Rates are, or have been, negative in Japan, the Euro area, Switzerland, Sweden and Denmark. From an economic point of view what does this mean? There are good and bad aspects to negative interest rates – and like most policy decisions there are unintended consequences as well.

Banks are required to hold deposits with the central bank if they wish to continue to operate as banks, and the central bank is at liberty to determine the interest rate that the bank receives. The enforced negative interest rate therefore acts exactly like a tax on the banking system. The bank cannot (beyond a certain amount of “vault cash”) choose to hold cash as an alternative.

The effective tax burden of negative rates is obviously discriminatory. Banks and large depositors are being specifically targeted. Small depositors are unlikely to face the tax of negative rates. The relative costs of this distortion may well be considered acceptable by policy makers when weighted against the benefits, but the costs are there (and they can be presumed to increase if rates become more negative). It should be noted that these costs will increase if negative rates are accompanied by an active quantitative policy program (as the central bank is then both injecting liquidity and taxing it).

The more widely negative interest rates are applied (or the more widely interest rates in the real economy are dragged down towards zero) the greater the range of potential distortions to the real economy from the process. The obvious distortion arises from the bond markets. Banks and large depositors have a strong incentive to hold a lternative assets to cash, and will logically move into short dated fixed income products as long as the yield on those products is better than the negative interest rate.

One can consider this distortion almost to be a policy objective of negative interest rates. The central bank is presumed to be running negative intere st rates in order to encourage risk taking in the economy as a means of stimulating economic activity. The consequence is, however, a distortion in terms of the pricing of risk – the price of risk (in this case duration risk) is artificially suppressed by negative rates.

Moving rates negative for some depositors and to zero for other depositors may create some real world distortions. If there is a greater incentive to hold money in physical form rather than electronic form, then the composition of narrow money (i.e. cash and cash substitutes) may alter. Rather than relying on electronic money, physical money will be used for everyday transactions. This is not entirely costless, as there is a security risk in storing cash under the mattress (historically the security risk was one of the key reasons for the creation of bank accounts in the first place).

On the surface this may not seem like a significant distortion, and it does depend on how widely low or zero rates are applied. However there are two obvious costs associated with this. The first is that the use of physical money makes transactions less easily tracked than the use of electronic money. An illegal economy is more readily serviced by physical cash than it is by electronic cash.

The second is that it is relatively difficult to engage in the virtual economy with physical cash – buying online is difficult unless one has access to electronic money. Having an economy that is more dependent on physical cash may turn out to be out of tune with the technological changes of the times – and the efficiencies and transparency associated with those changes. There has been some academic work suggesting that low income consumers have been economically disadvantaged by being unable to access the virtual economy (because they do not have access to electronic money), which is suggestive of some cost associated with reversing the progress to electronic money on a broader scale.

Lest this distortion be dismissed as trivial, it is worth refle cting on the considerable efforts some governments have gone to, in an effort to ensure that as many economic transactions as possible take place electronically (the better to capture the transactions for tax purposes). It is also worth observing that ther e was an acceleration in the growth rate of Euro area bank notes in circulation in the wake of the introduction of negative rates (though correlation should never be confused with causation).

A benefit of negative rates is th e signalling effect. Economists set great store by signals in the actions and decisions of others. By moving to negative interest rates a central bank can signal the fervour of its commitment to a future policy path, or to a specific policy outcome (either relating to credit creation or, less directly, to inflation). This may influence economic expectations in financial markets and in the real economy.

The limiting factor is that the overwhelming majority of participants in an economy (be they consumers or corporates) are unlikely to experience either the cost or the benefit of real interest rates themselves. As such the signalling effect on expectations is likely to be filtered primarily through the prism of media reporting. If the media emphasises the cons equences of negative interest rates with sufficient force, then real world expectations may be impacted. One might argue this as a motive for the Bank of Japan’s actions ahead of the spring pay bargaining process (attempting to convince both sides of the bargaining process of the BoJ commitment to their inflation target).

For market participants, the signalling effect is more direct and consequently more powerful. Market participants are more likely to be directly exposed to negative rates, and form assump tions about the duration of ultra – accommodative monetary policies. The caveat to this is that negative rates have generally been pursued after quantitative policy measures have been tried, and the signalling effect may be distorted by the consequences of quantitative policy. Nice – credit creation One purported motive for negative rates may be that this is an incentive for banks to reduce excess reserves through increased credit creation. However the evidence in support of this is weak to non – existent. While credit growth has increased in some examples (the Euro area for instance), this has generally been following an existing trend.

More promising however has been the area of inter – company credit. This was something covered in our recent document Has the hidden credit crunch finally finished? Negative rates give large companies (as large depositors) and incentive not to hold cash on their balance sheets, as their banks will attempt to pass on the taxati on of negative rates. As a result there is an incentive for large companies to delay their customer’s invoice payments etc. Extending invoice duration, and indeed increasing the amount that can be borrowed over an invoice period, will reduce the surplus cash (subject to negative rates) of large companies, and improve the cashflow (not subject to negative rates) of smaller businesses.

Germany, for example, saw an increase in inter – company credit in anticipation of, and after, the introduction of negative in terest rates in the Euro area.

The movement of the currency i s only of interest to economists (and by extension to central bankers) to the extent that it has an impact on the real economy. Pricing to market strategies mean that unless a currency move is substantial it is more likely to influence corporate profits th an it is to influence corporate sales volumes. This weakening a currency through quantitative policy is not an economic stimulus of itself – instead it is only likely to be a stimulus to the extent that increased corporate profits resulting from a weaker currency are put to work in generating economic activity in the domestic economy. If that is the case then (as seems to be happening in the Euro area) this process may combine with the intercompany credit story already identified to create a positive credit surprise.

However if increased profits arising from a weaker currency are kept on balance sheet (economically inert) or used to fund investment outside the domestic market, then there is little or no economic benefit from the currency weakening.

The cost of currency weakening is of course on import prices – in particular for commodities. While internationally traded manufactured product and services tend to price to market, commodities do not. The effects of a currency shift are felt in commodity prices therefore. This creates a relative price shift in the economy, and will disadvantage commodity consumers relative to non – commodity consumers. This is an important point, as generally speaking lower income groups are more commodity intensive consumers.

Negative is naughty and nice

Running negative interest rates has both positive and negative impacts on an economy. In fact, the efficacy of the policy in an economic sense can depend on the peculiar circumstances of the economy in the first place. One could tentatively claim that the Euro area negative rates are a positive net effect because the inter – company credit channel has responded appropriately. If the Japanese inter-company credit channel does not respond, and the expectations of policy do not transla te into a more robust spring wage round, then Japanese conversion to negative rates may generate a different result.

Regardless of the outcome, it is important to stress that negative interest rates are not an unambiguous positive for an economy. There are costs associated with such measures, and the unintended consequences are potentially more potent than is the case with a more conventional monetary easing.