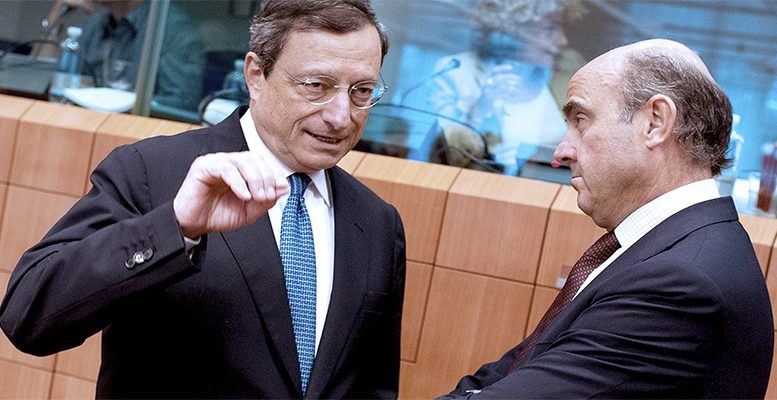 The European Central Bank (ECB)’s non-conventional measures contributed 1,7 percentage points to Spain’s real GDP growth between 2014 and 2016, while also helping to cut the public deficit by 1,9 percentage points over the same period. And in terms of interest payment on debt, the institution saved around 1 percentage point of GDP, some 10 billion euros.

This is what appears in an article about the impact of non-conventional monetary policy on the public finances of the Economic and Monetary Union (EMU), published on Thursday by the Bank of Spain. The document makes these calculations.

In line with these estimates, the accumulated effect of the asset purchasing programme on real GDP growth between 2014 and 2016 is calculated at 1.3% for the EMU as a whole and 1,7% for Spain. This breaks down into one-tenth of a percentage point above the country’s growth in 2014, nine-tenths in 2015 and a further seven-tenths in 2016.

The Bank of Spain points out that the ECB’s moves have “worked efficiently to significantly relax the economy’s financial conditions”. It refers specifically to the financial conditions of the public administrations and their access to the markets, contributing to a reduction in the interest rates at which sovereign debt is financed, observed since 2012.

According to the report, since the start of the new expansive phase of non-conventional monetary policy, the rates on five and 10-year debt issuances fell by 110 and 120 basis points, respectively, in the cases of Germany, France and Italy. In Spain’s case, the decline was nearly 150 and 160 basis points respectivley, while for Belgium this was a little over 120 and 140 basis points.

But the Bank of Spain explains that, in general, interest rate moves, particularly for long-term rates, respond to different factors. As a result, “the recent decline in EMU long-term rates cannot just be attributed to monetary policy”.

As far as savings on the interest paid on debt are concerned, between 2014 and 2016, the public administrations in Spain and Italy would have saved around 1 percentage point of GDP, some 10 billion euros, in accumulated terms over the period, thanks to the implementation of non-conventional monetary policies.