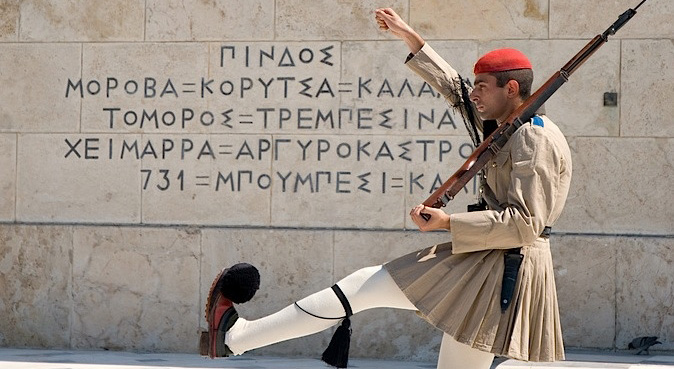 The IMF is not the only one to blame. The European institutions and Germany, in its capacity as paymaster general, have long strived to nail down fiscal neutrality with total disregard for collateral damages. Only when contagion risked leading to a shattering Euro implosion, they threw overboard their previous prejudices.

The ECB can neither boast about its own record. It took a bold line when sovereigns were in danger, by pumping in massive liquidity in an attempt at luring banks to underwrite public debt issues. Yet, it fails to react when sluggish growth coupled with a looming deflation hits the economy. It acts as a governmental banker paying little attention to credit conditions for firms and individuals.
Up to now, successive plans to invigorate investment have utterly failed. Commitments to raise money for targeted expenditure have proved an unabridged flaw. Attempts at exerting pressure on surplus countries for expanding their home demand never succeeded in making progress. Economic Union lags well behind schedule.
The onus for keeping afloat the economy lies on monetary policy. Yet as the ECB remains hostage to German orthodoxy, there is little hope it could undertake a salvage operation. Month after month, its Chairman expresses his deep concern on plummeting price and credit levels, promising to watch closely the impending disarray. No action seems at sight.
The crisis has been addressed in a shabby and clumsy way. Shrugging off solidarity fearing it might lead to footing an expensive bill, Europe has paid a heavy tribute in terms of extra money and lower growth.  It has also proved unable to reshuffle banking balance sheets in a convincing way. Failure to enhance growth has dampened hopes to steer out of the subdued outlook we are witnessing right now. Those betting on a self-propelled recovery might get a nasty shock.