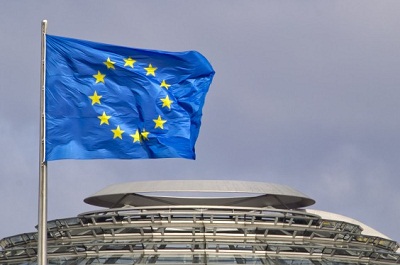 By LaCaixa Research Team, in Barcelona | In the years prior to the recession that started in the last decade, in many countries the gradually increasing debt of the private sector allowed for much more intensive economic growth than would have been seen without it. The abrupt appearance of the crisis frustrated this expansion and revealed an excessive level of debt. This debt is now a heavy burden that can counteract the efforts made to exit economic lethargy. Without a significant reduction in this debt, it will be very difficult to get back to the growth rates of yesteryear. The origins of mounting debt lie in a period of abundant liquidity and low interest rates which bring about a powerful expansion in credit. In the case of Europe, the creation of the euro represented, for some countries, a notable reduction in short and long-term interest rates, as well as an increase in their sources of financing, as exchange rate risk disappeared among participating states. In turn, the expansion in credit helped to push up asset prices (globalisation prevented price rises in goods), in a spiral that caused speculative bubbles to appear.

The dynamics of the credit expansion are very different depending on the country, so there are other factors of a diverse nature (institutional, regulatory, structural) that, at any given time, can either make it difficult or encourage private actors to act. For example, in the case of the United States, the credit boom of the first decade was related to households and mortgage credit, while firms kept a relatively low level of leveraging, a very important factor when leaving the recessionary phase behind. In Spain, however, household debt tripled in the first decade of the century but corporate debt also rose significantly, going above the EU average.

Excessive leveraging represents a significant complication if the economy interrupts its growth and falls into recession. Under these conditions, it’s clear that it’s much more difficult to exit the crisis: prior experiences show that recovery is slower. To alleviate the problem, debt can be passed on from the private to the public sector (aid and subsidies for households, firms and banks) but, as we are finding out with the euro area’s sovereign debt crisis, this is an extremely limited palliative action. The ideal solution is to boost growth but agents’ little capacity for spending, resulting from the indebtedness itself, prevents this from happening spontaneously.

Unless improvements are achieved in productivity and costs, which does not tend to happen overnight. It helps a lot to have an expansionary external environment to counteract the slump in domestic demand with demand for exports. Whenever possible, devaluating the country’s currency helps to stimulate domestic production; inflation also helps, reducing the relative value of the debt in circulation. But devaluation and inflation are remedies with many side effects and, in any case, they are not within the scope of economies belonging to the euro.

The deleveraging phase therefore leads to slower and more fragile economic growth than is customary when exiting a conventional recession. In the case of Spain, the combination of high levels of leveraging, both in firms and households, and the requirement to slow up and reduce public sector leveraging augurs a prolonged period of below-potential growth. A period that can only be shortened by determined improvements in productivity, efficiency and competitiveness in all economic sectors.

Be the first to comment on "What the euro zone needs: productivity, competitiveness …and patience"