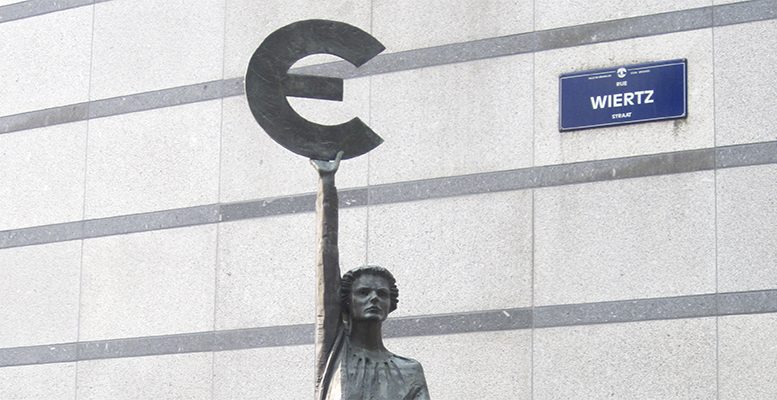 Italy's confrontation with Brussels us a threat to the single currency

Holland has led an Hanseatic rebellion to leave dead in the water the proposals for Eurozone reform agreed by Merkel and Macron. Confronted by this delicate panorama, there have only been timid advances in perfecting Banking Union, of merely cosmetic effect. In fact, in the recent Summit at the end of June, the only agreement was to arbitrate in the heart of the ESM a backstop that serves as a support for the Single Resolution Fund. Real pie in the sky as no self-respecting country would have recourse to this instrument given the draconian conditions that accompany its use.

Nor, in practice, would one foresee recourse to the much heralded European Deposit Guarantee Fund. Mainly because a scenario in which not even  the deposits of a troubled bank could be covered would imply an earthquake whose ultimate effects are difficult to imagine.

Obsessed by these minor issues, Europe forgets the important thing. If it really wants to avoid a repetition of the banking crisis, it should apply itself to guaranteeing high and sustainable growth, as well as introducing solid cushions of own funds for hard times and a more efficient preventive supervision. It is difficult to conceive of such efforts being dedicated to arbitrate mechanisms of last resort while banks with serious deficiencies wander in their own world who pass stress tests only to succumb shortly afterwards. It is well known that supervision always avoids acting with energy for fear of accelerating the death of the patient. But the episodes are linked, in a favourable context, without the formula being found to head them off in time. What can be expected if bad things happen?

Reducing the problems of the Eurozone to no more than the health of the banks is an exercise in short sightedness. The real challenge today is how to react to a hypothetical scenario of recession. If we overcame the last crisis thanks to the actions of the Central Bank, its effectiveness in the future will be seriously diminished by the limited margin for manouevre it will suffer for some time. It has begun the slow elimination of the excessive funding which weighs on its balances in a process which could last a decade. Its large portfolio gives it plenty of ammunition for combating inflationary spikes by draining liquidity. But a step backwards would seem very difficult. With its interest rates close to zero, the ECB cannot have a significant impact in heading off a sharp economic slow down. An adequate fiscal policy is needed to confront unfavourable conditions. But that is very difficult when the majority of the countries have built up such enormous mountains of public debt. That Macron´s initiative, supported by Merkel, to initiate a common eurozone budget to maintain minimal levels of investment has merited no more attention than a vague promise to discuss it shows to what extent short sightedness imposes itself on all the strategic vision of our continent.

In any event, a pooling of resources of last resort is not a panacea, for all it can alleviate financial insufficiencies in adverse times. The need to make public accounts more flexible, giving them powerful anti-cyclical mechanisms, is more important. Just as budgetary coordination reaching beyond the current six monthly exercises is needed. There is unanimity in condemning the asymmetry whereby there is a unified monetary zone without a correlative cohesion in economic policy, especially in fiscal policy. We have spent years identifying this problem, but showing little interest in really doing anything about it. Nevertheless, apart from imposing iron discipline on the less advantaged students, nothing serious has been done to ensure real economic coordination. If no-one does anything, the next recession will catch us with our duties still not done making its impact even deeper.