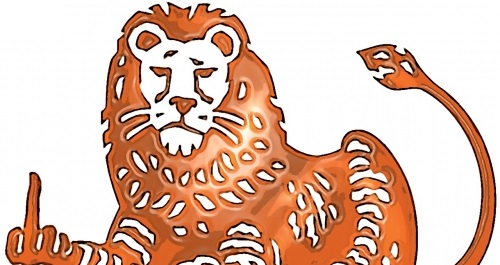 A landmark deal was reached last night to cap bankers’ bonuses across the European Union. The new rules, spearheaded by the European Parliament, would prevent bonus payments exceeding the level of a banker’s basic salary or, if approved by the shareholders, no more than double.

Horror has been the reaction from London’s financial services sector. The City of London Corporation called the bonus cap ‘counterintuitive’ while Stephen Hester, chief executive of Royal Bank of Scotland, complained that such rules shouldn’t single out bankers. Commentators are making dire warnings that HSBC, Standard Chartered and other financial giants will leave Britain and the EU for New York, Singapore or Hong Kong.

George Osborne is reported to be furious after finding himself isolated. Finance minister after finance minister was simply not prepared to defy public sentiment and defend bankers’ pay. There is now the distinct prospect that the UK may, for the first time, lose a vote in the Council on financial services legislation with huge potential repercussions for the in/out debate. Osborne has the support of the Conservative Mayor of London Boris Johnson who waded in with typical subtlety,“this is possibly the most deluded measure to come from Europe since Diocletian tried to fix the price of groceries across the Roman Empire….People will wonder why we stay in the EU if it persists in such transparently self-defeating policies”. The fiery eurosceptic Tory MEP Daniel Hannan has added to this chorus of outrage by asking “The EU caps the only bit of bankers’ pay that is performance-related. My masters, are you mad?”

Curiously though, Hannan’s colleagues are not falling into line with their national party. Their official spokeswoman, Vicky Ford MEP, welcomed the agreement and, on the Conservative MEPs’ website, called it an ‘overall good deal for the UK’.

Specifically on the bonus rules, she said: “I do fear that a cap on bankers’ bonuses is a blunt instrument but I was pleased to sharpen it by including elements that encourage bankers to take long-term decisions, otherwise they risk their bonuses being clawed back. Of course some top bankers will be affected by the bonus cap but I feel that we have managed to produce a deal that will strike the right balance for the majority of bankers who take responsible decisions. If the bonus cap is shown to cause bankers to begin relocating outside the EU then we will have the ability to swiftly look again at the provisions in place through an early review.”

So how will the Tories vote? While hardly a ringing endorsement of caps on bankers’ bonus, their press release is unequivocally supportive of the overall agreement and therefore, by Hannan’s reckoning, ‘mad’. However, can this position hold? As the eurosceptic press and Tory bankbenchers digest this news, the backlash will gain in momentum and, if Osborne votes against the measures in Council, it will take a brave Tory MEP to defy him and support them in the European Parliament.