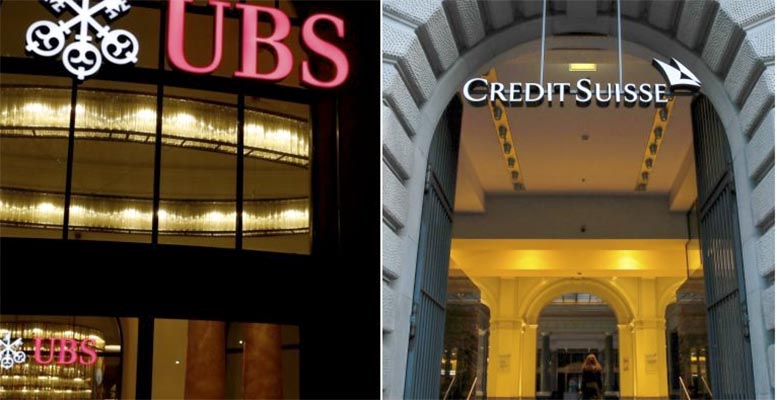 the union of UBS and Credit Suisse would make strategic sense

According to Bloomberg, the Swiss financial blog Inside Paradeplatz reported yesterday that the presidents of UBS Group and Credit Suisse Group would be exploring a potential merger to create one of Europe’s largest banks.The Swiss publication said the project could lead to an agreement early next year. It also said the executives of both banks have already informed the Swiss finance minister and the banking regulator Finma. According to Bloomberg, IP also flagged that UBS’ president had threatened to move the bank’s headquarters to Frankfurt if the authorities decided to ban a merger with Credit Suisse. According to the Financial Times, UBS’ president has hired outside management consultants to examine the potential transaction. But it has not entered into formal talks with Credit Suisse. Also according to the FT, a merger between the two banks “had already been considered by the executives of both lenders in recent years, but fear of facing antitrust barriers had prevented the talks from moving forward.” Now, however, European regulators are “more open to approving corporate transactions in the banking sector as a way for struggling banks to achieve economies of scale.”

Analysts at Santander Corporate & Investment expect that the banking concentration process will accelerate from now on:

Firstly, “there is the combination of a more difficult economic and operating environment due to Covid-19 pressures. Then a more favourable regulatory stance in some key aspects of determining consolidation and, in particular, solvency requirements. So all this will accelerate the momentum of national (although not yet cross-border) mergers. And not only in some fragmented markets (such as Italy and Germany), but also in those which already experienced significant consolidation in the last financial crisis (such as Spain).”

Both banks are undergoing changes at the top management level and are under pressure to reduce costs. Meanwhile, the coronavirus pandemic is sparking renewed interest in consolidation in Europe. In recent years, the two entities have redefined themselves as global wealth managers, as their investment banking businesses have come under pressure from US competitors.

The news about the potential merger of the two Swiss banks comes in the wake of just over a week of news about the potential consolidation of two Spanish entities operating in the same market – CaixaBank and Bankia. This process would create what would be by far the largest domestic lender. Elsewhere, the successful bid by Intesa for its national rival UBI Banca, would further increase Intesa’s leading position in the Italian market.

According to the Bankinter’s analysts’ team, the union of UBS and Credit Suisse would make strategic sense because both banks have a strong position in Private Banking and Asset Manangement. So they would gain scale on a global level and, therefore, efficiency.

“In investment banking -their second source of results- they would be complementary. UBS is strong in equities and CS in bonds -and they could compete in better conditions with US banks – the main beneficiary of regulatory changes and sector restructuring after the 2008 financial crisis. CS’ market capitalization represents about 55% of UBS, so technically a merger by absorption of CS would take place – probably through a share exchange.”