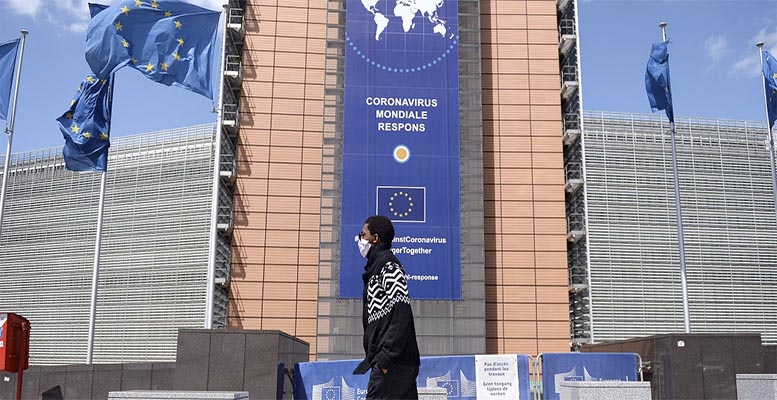 Gemma Cairó i Céspedes (University of Barcelona) | A few weeks ago, a group of prestigious economists addressed a proposal to the European Central Bank. In it, they called for the restructuring of the Eurozone countries’ public debt and proposed the need for the ECB to write off their public debt (or swap it for perpetual debt). In exchange, the states would commit themselves to invest these resources in ecological and social reconstruction policies.

Despite the quick refusal of both the ECB and the Spanish authorities, this is a legitimate and sustainable proposal. But such a refusal is consistent with what the Eurozone really is: a market whose main objective is the free movement of goods, money and workers, together with monetary stability.

In the Eurozone, the ECB’s staunch defence of the single currency has become a straitjacket for the very welfare of citizens. Cuts and austerity are nothing more than the result of a Eurozone whose construction is based on pillars that only deepen the structural differences between countries in the region.

We are facing a multifaceted crisis, which includes a health shock, internal economic disturbances, the collapse of external demand, changes in the direction of capital flows and the crash in commodity prices. On the other hand, this alert anticipates what may happen in the near future.

What will happen when the ECB has to place debt on the markets? That investors’ distrust in future payments increases interest rates so much that this implies an excessive financial burden for the states.

What will happen when, perhaps in a couple of years’ time, the conditions of the stability plan (which sets the deficit limits at 3% and the debt-to-GDP ratio cannot exceed 60%) are resumed? Once again, there will be austerity, reduction of public spending, cuts in social benefits and fall in wages.

The danger of worsening the crisis

Historical experience shows clear examples of the negative impacts on welfare derived from debt crises, such as the lost decade in Latin America in the 1980s. Or the adjustment to the financial crisis in Southeast Asia at the end of the 1990s.

In addition, it has been historically proven that the fastest way to mobilise public resources is by means of the restructuring or cancellation of public debt. This is demonstrated by cases such as Mexico 1919, Germany 1953, Ecuador 2008 or Iceland 2009, which either by default, restructuring or swap of public debt had a valid way out. Imposing the usual form of payment in times of crisis only deepens them […]

Now, in times of Covid-19, we find arguments to legally justify the unilateral suspension of debt repayment.

Where does this debt come from?

The proposal is legitimate. And it is so because a large part of the debt could be considered illegitimate. Firstly, because the huge amount of Eurozone debt (which already exceeds 100% of the Union’s GDP) comes from the bailout programmes (with public money) of (private) banks. Their bad practices led to a financial crisis, the cost of which was paid by the majority of us.

And secondly, because almost half of the debt increase in the last decade is derived from interest. Interest the governments (with public money) pays to the private banks that have bought the securities with the funds they receive from the ECB itself at almost zero cost. This is the great banking business of public debt.

Regarding its legality, although it is true the Treaty of the European Union explicitly forbids the ECB from financing governments, it does not express explicitly that debt restructuring is not possible. And taking into account that the ECB is already financing States in other ways, through the purchase of countries’ public debt securities in the secondary markets.

On the other hand, the proposal is sustainable. The inflationary fears of debt monetisation that could be implied by the cancellation seem relatively unfounded. When the ECB lifted the requirement to keep the public deficit limits at 3% of GDP, we have seen that inflation has remained low. The severity of the current contraction is unlikely to lead to inflationary pressures, no matter how much monetary easing measures are adopted.

Moreover, taking into account that the main holders of public debt are the central banks and the ECB (two thirds in the case of Spanish debt), writing off the debt would not cause great harm to investors, who are in fact private banks financed by the ECB.

Fiscal union, when will it happen?

There is no political will to cancel the debt because there is no will to build a fiscally unified Europe with a single public coffer.We have already seen the enormous reluctance of countries such as Germany, together with other Nordic countries, in favour of debt mutualisation, despite some timid exceptions such as the approval of the rescue plan.