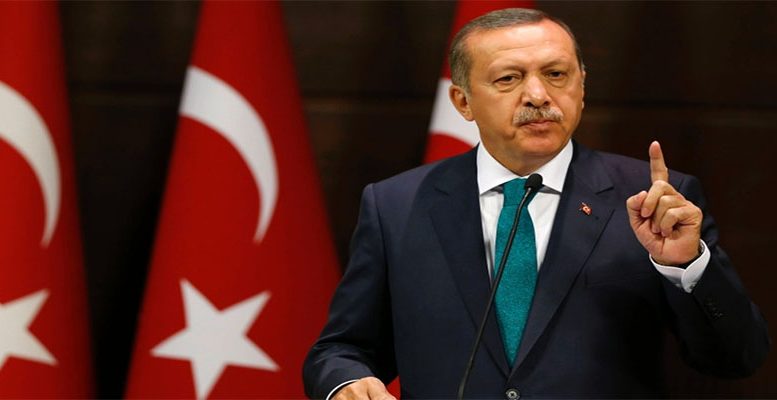 Crédito y Caución (Atradius) | Relations with the EU and the US remain strained: President Erdogan won the June 2018 presidential elections in the first round, finally consolidating his power. With this vote, the transition to the new presidential system has been completed. In the June 2018 parliamentary elections, the alliance of Erdogan’s AKP with the nationalist MHP party won 53.7% of the votes. In the March 2019 local elections, the AKP was again the party with the highest percentage in the vote, but the oppositional CHP won mayoral elections in several large cities. The next presidential and general elections are due to take place in June 2023.

However, early general elections cannot be ruled out. Domestic and regional political issues will continue to impact Turkey’s economy, in particular investor sentiment and the exchange rate. The south-eastern part of the country remains affected by the civil war in Syria and cross-border interventions by the Turkish army. Over the past couple of years, Turkey has adopted an increasingly assertive foreign policy in order to establish itself as a leading power in the Mediterranean and the Middle East. Besides engagement and military incursions in Syria and Iraq, Ankara has set up a military base in Qatar, intervened in the civil war in Libya, supported the Azerbaijan forces in their armed conflict with Armenia, and sent gas exploration ships into contested areas in the Aegean Sea, where Turkey has overlapping maritime claims with Greece and the Republic of Cyprus.

Relations with the EU and the US remain strained, despite the fact that Ankara has recently attempted to ease tensions (e.g. resuming talks with Athens over overlapping claims and setting up a joint working group with Washington regarding US sanctions imposed over Ankara’s purchase of Russian S-400 missile defence systems).

Turkish GDP grew 1.8% in 2020, despite the adverse impact of the coronavirus pandemic on the economy. The tourism sector (which usually accounts for more than 11% of GDP) was hit hard by travel restrictions, while global supply chain disruptions in combination with the drop in global demand negatively affected exports of goods.

However, strong credit growth (35% year-on-year in 2020) triggered by the government and the Central Bank softened the impact of lockdown measures on domestic activity. Private consumption increased 2.5% last year, while real fixedinvestments rose 8%. The large credit growth fuelled demand of imports (up 6.3%), which became more expensive due to the weak lira exchange rate. This had an upward effect on inflation (12.3% in 2020).

Credit growth as the main driver of the economic expansion has slowed down since Q4 of 2020, due to higher interest rates and the removal of regulatory measures to enforce bank credit expansion. Nevertheless, the economy is expected to grow by about 5% in 2021, supported by the ongoing global recovery. Industrial production is forecast to increase by more than 9% this year, while exports will grow about 11%, due to resurging external demand and an expected rebound of tourism in H2 of 2021. However, investment growth will be affected by persisting economic policy uncertainties.

Meanwhile, private consumption will increase by just 2%, impacted by persisting high inflation (forecast 14% in 2021). Business insolvencies are forecast to decrease by 6% this year after a 14% increase in 2020.

Has the shift to more orthodox economic policies ended?

The Turkish lira exchange rate already showed considerable volatility in 2018 and 2019, and the large capital outflow from emerging markets in Q1 of 2020 led to a sharp depreciation of the currency. Depreciation pressure continued in the following months, as loans were provided at interest rates below the inflation rate in order to stimulate the economy with cheap and large amounts of credit. This proved to be unsustainable, and in order to avoid a currency depreciation-high inflation loop, the government and the Central Bank returned to more orthodox economic policies in H2 of 2020. Between September and December 2020 the Central Bank tightened the benchmark interest rate several times, by 875 basis points in total, to 17%.

Despite this hike, inflation remains stubbornly high (15.6% in February 2021), and is expected to only gradually decrease in the coming months, due to persistent expectations of high inflation and ongoing price pressure triggered by a weak lira exchange rate. In mid-March 2021, the benchmark interest rate was raised again, by 200 basis points, to 19%. However, President Erdogan dismissed the governor of the Central Bank immediately after – the third dismissal of a governor in less than two years. This has raised again serious doubts over the Central Bank’s independence (in the past, the government has repeatedly voiced its view that high interest rates cause high inflation, and as a result, it has taken more control over the monetary policy). Turkey has a poor track record in policy consistency and often resorts to stop-go policies. It seems that the credibility of Turkey ́s economic policies and investors ́confidence have been shaken again by the dismissal, and the lira exchange rate started to depreciate again after the decision.

Public debt is rather low, but it remains vulnerable to several risks

The direct fiscal response to the coronavirus pandemic has been modest, as the emergency stimulus was mainly credit-driven. ‘On-budget’ measures amounted to only 2.5% of GDP, focussing on employment support and tax deferrals. With 3.7% of GDP in 2020, the budget deficit was low by international comparison, and fiscal consolidation is expected to resume this year in order to support the disinflation process. Constituting 36% of GDP in 2021, public debt is expected to remain low compared to international standards. However, it is vulnerable to exchange rate, interest rate and refinancing risk, as more than half of public debt is denominated in foreign currencies. Contingent liabilities have increased due to a 6.8% of GDP ‘off-budget’ extension of private sector loan guarantees under the government’s Credit Guarantee Fund.

Banking sector remains resilient for the time being, but non-performing loans set to increase

While the banking sector is vulnerable to refinancing risk, given its strong dependence on short-term foreign currency funding, the industry has maintained relatively comfortable rollover rates throughout periods of stress since 2018. Moreover, the relative stickiness of deposits in the Turkish banking system reduces the outflow risk, associated with the high dollarization of deposits of more than 50%. The high capital adequacy ratio (19.5% at the end of 2020) is not an unnecessary luxury, given the expected deterioration in profitability and asset quality. Lower loan growth, higher funding costs, cheap outstanding loans and the need to provision for risky loans will curtail profits. Non-performing loans are expected to increase in the coming months after the grace period for troubled loans ends.

The lira depreciation against the USD increases the burden of the corporate sector’s large exposure to foreign currency denominated debt. In the past, Turkish corporates, particularly in the energy, construction materials, steel, transport (airlines) and chemicals sectors, extensively borrowed in foreign currency from local banks. Despite continuous private sector deleveraging since the previous currency crisis in 2018, the external debt service burden remains above the critical threshold of 25% of export of goods and services. Liabilities remain high and sensitive to interest rate, rollover and exchange rate risks. Still, many businesses pay high interest rates for loans and struggle with the impact of the weaker localcurrency value on foreign debt repayments.

The current account deficit increased to 5.8% in 2020 and, despite an expected rebound of tourism in the course of 2021, a rapid narrowing is not in the cards. As a result, the gross external financing need remains large, estimated at USD 180 billion in 2021, three times the size of Turkey’s international reserves (which were drained by the central bank’s failed attempt to stabilize the lira exchange rate in 2020). Turkey’s low-savings economy remains vulnerable to bouts of capital flight.

With the government ruling out IMF support, the likelihood of reviving long-neglected major structural reforms remains slim. Instead, it is more likely that the government will return to its preferred policy of credit-driven economic growth ahead of the 2023 elections (or even earlier in case of snap elections).

Without comprehensive reform efforts beyond fixing short-term issues, the future earning capacity of the Turkish economy remains constrained by macroeconomic imbalances related to credit growth, high inflation and a large external deficit. This is coupled with structural issues related to its low savings rate and weaknesses in competitiveness, limiting FDI inflow. The investment climate is also hampered by a weak judicial system and an inflexible labour market. Without structural reforms to raise savings, reduce dependency on energy imports and improve the investment climate, Turkey’s potential growth rate will decrease to 3.0%-3.5% per annum in the long-term, which is not enough to absorb the increase in the working age population of about one million people per year.