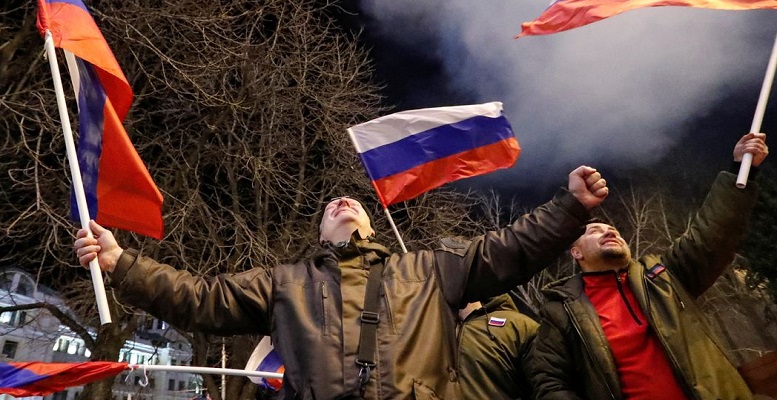 Marco Troiano (Scope Ratings) | At the end of September 2021, the combined exposure of BIS reporting banks to Ukrainian residents stood at USD 13.5bn gross of risk transfers, with French and Austrian banks accounting for about half of the total. This does not pose any credit concerns.

Only a handful of European banking groups maintain a meaningful local presence, including Raiffeisen’s Bank Aval, BNP Paribas’ Ukrsibbank, and PKO’s Kredobank. While foreign banks are relevant players in the Ukrainian market, the size of their balance sheets is limited to a few billion euros equivalent and is mostly funded via local deposits, leaving banks exposed primarily through their equity stakes.

But these are limited to a few hundred million euros. RBI’s equity in Aval excluding minorities was worth the equivalent of approximately EUR 320m at the end of 2021, and that’s the largest foreign-controlled bank in the country. We also note, at least by looking at BIS data, that Austrian banks seem to have increased their hedges in 2021 so net exposures could be lower.

Second round effects: Russian sanctions could weigh on some banks

Scope’s base case scenario for Russia at the moment is that the country may face tougher sanctions if tensions over Ukraine escalate. Depending on the design of such sanctions, the impact on the economy would vary, as recently highlighted by Scope (see Russia: credit risk hinges on design of any tougher sanctions) and would likely negatively impact the quality of local banking assets.

Total exposure by foreign banks (BIS) stood at USD 121.5bn gross of risk transfers. Italian, French and Austrian banks’ exposures each run into the tens of billions, largely explained by their local presence. RBI, Societe Generale and UniCredit all have Russian subsidiaries with total assets of EUR 17bn, EUR 16bn and EUR 15bn respectively at the end of 2020. Loan-to-deposit ratios were typically above 100%, and equity book values were typically around EUR 2bn at the end of 2020.

In addition, exposure via wholesale and private banking business relationships are also non-negligible. For example, the BIS dataset shows that Swiss banks had over USD 20bn in liabilities from Russian customers. A deep economic crisis in Russia, possibly coupled with currency volatility, will dent the quality and profitability of Russian banking assets, adding to European banks’ profitability pressures. Even so, this is unlikely, in our view, to pose material risks to capital.

More broadly, we flag the risk that continued geopolitical tensions in Eastern Europe could dampen prospects for economic growth throughout Europe. This relies on imports of natural gas from Russia. High energy prices are a key driver of current inflationary pressures and could threaten the post Covid recovery. (see Europe’s difficult balancing act: managing the energy transition amid a geopolitical crisis).

Geopolitical tensions would also impact market confidence globally, especially in countries where stock markets trade at or near all-time highs. A softening of the economic outlook would be negative for bank revenues and asset quality, while higher inflation could weigh on cost-reduction efforts.