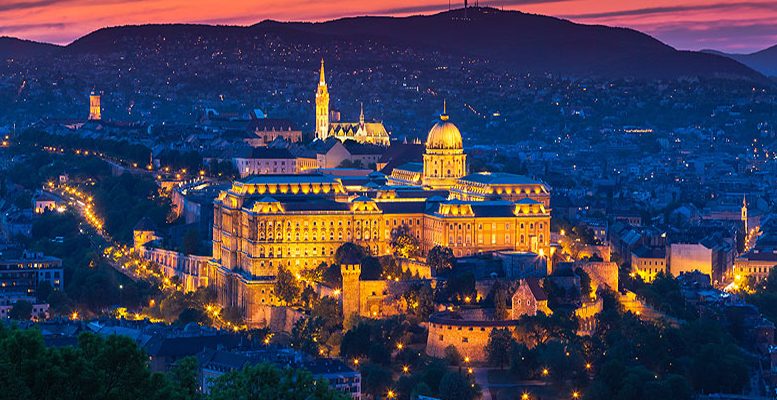 The ruling conservative coalition of the Fidesz and KDNP parties under Prime Minister Viktor Orbán governs with a majority of more than two-thirds of parliamentary seats (which enables it to alter the country’s constitution all by itself). The opposition remains weak, and in December 2019, the parliament passed rules limiting the opposition’s ability to form new parliamentary groups. The next parliamentary elections are due in April 2022. The Orbán government has repeatedly taken actions that led to confrontations with the EU commission and its EU peers over the past couple of years (e.g. a controversial media law, some constitutional amendments curbing judicial independence, a tough stance on migrant policy and a pro-Russia stance).

In November 2020, the Council of the EU and European Parliament reached a principal agreement on a new mechanism allowing the EU to cut funding over rule-of-law concerns in member states. Under the agreement, a decisión to cut funds would require the approval of a qualified majority of EU member countries. Hungary (together with Poland) refuses it, both indicating that they could block the ratification of the EU’s new recovery fund if the rule of law mechanism is not to their liking.

Major economic downturn with a sharp decrease in exports

In order to combat the coronavirus pandemic, the government declared a state of emergency in March, later lifting it in mid-June. However, coronavirus cases have started to increase again since end of August, and in early November, another state of emergency and a partial curfew went into effect. Hungary’s economy contracted 0.4% and 14.5% in Q1 and Q2 of 2020 respectively – one of th worst performances in the region. GDP is expected to shrink by more than 6% in 2020. Exports have plummeted (expected to shrink 10% in 2020), and imports for Hungary’s exportoriented manufacturing sector also declined.

Investments, already slowing down before the pandemic due to the completion of several EUfunded infrastructure projects, are set to contract 11% this year. Additionally, the domestic economy has been hit by lockdown measures, the closure of non-essential shops and deteriorated tourism inflow. Currently, it is expected that the economy will rebound by about 4% in 2021, with exports and private consumption increasing 10% and 4% respectively. However, the recovery largely depends on the impact and duration of the ongoing “second wave” of the pandemic in Hungary and Europe.

Woes in some major industries

The global and domestic economic downturns have mainly affected major sectors like automotive, construction, metals and steel, and non-food retail and services. In H1 of 2020, Hungarian automotive suppliers suffered from deteriorated demand, especially from Germany, with many businesses facing increased liquidity issues. Automotive value added is expected to decrease 20% in 2020. While construction is supported by the government through public orders and additional regulations, orders and output are impacted by the economic slump. Operating margins are very tight in this industry, with increased credit risk mainly for smaller players. Deteriorated demand from automotive and construction as key buyer sectors has had a negative impact on metals and steel producers and wholesalers. In the non-food retail and service sectors, many segments have suffered from lockdown measures and subdued consumer sentiment. Hotels and catering value added is expected to shrink by more than 13% in 2020.

Hungary’s banking sector entered the recession with rather robust capital and liquidity buffers. Profitability has increased since 2016, after sectoral taxes and relief schemes for household foreign currency debt had strained bank balance sheets. Non-performing loans have decreased to about 2%, and banks have a positive net foreign asset position, supporting stability in the financial sector. However, there remains scope for improvement in financial regulation and supervision.

In order to sustain the economy during the pandemic, the Central Bank cut rates twice in the summer of 2020, to the current 0.6%. This is one of the lowest rates in the region, and it happened despite an inflation rate of more than 3%. The Central Bank continues to pursue an asset-purchasing programme to prevent further downward pressure on the forint. It is expected that interest rates will remain low until at least 2022.

At the same time, the government announced a large fiscal stimulus of about 20% of GDP. The measures consist of higher spending in healthcare, tax relief for businesses and two new funds to assist businesses through wage subsidies, new investments projects, direct subsidies to the worst-hit sectors (tourism, health, food and transport), loan guarantees and subsidised loans. After 2% of GDP in 2019, the budget deficit is expected to increase to 8% of GDP in 2020 due to the fiscal emergency package. Fiscal policy is likely to remain expansionary in 2021 in order to support businesses in the aftermath of coronavirus-related disruptions. Public debt is accordingly increasing, to 80% of GDP in 2020 and 2021. While the debt profile has improved over the past couple of years (the share public debt in foreign currency and held by nonresidents has decreased to less than 40%), sustainability is susceptible to a range of shocks due to the high level of public debt.

Hungary’s current account turned to a deficit in 2019, due to rising disposable income and import-intensive investment. The deficit will increase in 2020 to 1.8% of GDP, mainly due to export deterioration. External debt is very high and increasing to about 100% of GDP in 2021, with the share of inter-company lending amounting to 37%. A large share of external debt is foreign currency-denominated, and a sharp forint depreciation would hurt many Hungarian households and businesses whose loans are denominated in foreign currencies. The forint remains vulnerable to international investors’ sentiment due to the elevated external and public debt levels and a suboptimal institutional and policy environment. However, strong GDP growth in the coming years should continue to support the exchange rate.