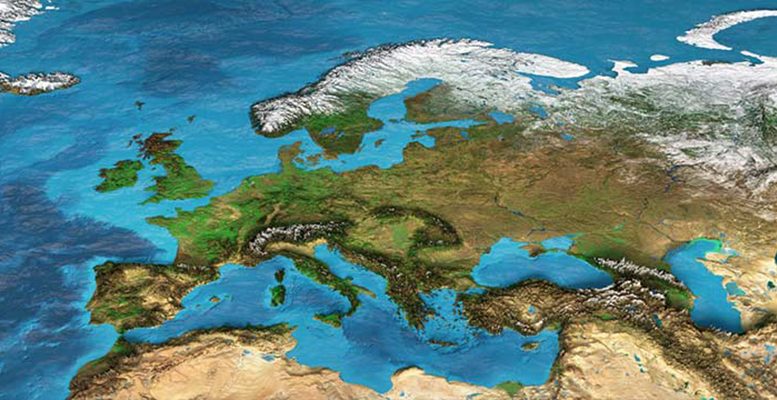 Antonio Cabrales (EconPol) | Global authorities have longstanding worries about the impact of financial contagion on the economy: the domino effect of a failing bank can have severe repercussions, as the 2008 financial crash illustrated.

To deal with these potential shocks, regulators and financial institutions have implemented risk management systems and processes designed to minimize the likelihood that such an event will be able to destroy the economy again. However, while these new frameworks and increased capital reserves go a long way to protecting financial institutions, according to economist Antonio Cabrales there is one area that is being overlooked: the link between financial systems and climate change.

And, he says, it’s not just about financial reserves – it’s essential to save the planet.

“After 2008, financial regulators realized that the economy being interconnected creates problems, so they took measures,” he explains. “The 2010 Basel III framework for regulation of banking increased the level of capital reserves that banks have to have, increased capital buffers so bigger risks can be absorbed.” Macroprudential policy in economics dictates that you don’t look at individual institutions but instead look at things from a system perspective and how everyone is connected.

“But there are still shocks that will hit the economic system in the future, banks will start failing, and this can lead to big systemic failure down the line.”

And these shocks, says Antonio, from Universidad Carlos III, have one thing in common: climate change.

“Let me give you a couple of examples,” he says. “Let’s say you’re an insurance company and insuring people close to the sea. In Spain, for example, in La Manga del Mar Menor people have vacation homes in an area where sea levels are rising rapidly. If you are an insurance company with properties in areas such as this, this is a disaster. Or if you’re a global company with farmland in Almeria that requires lots of irrigation and Spain’s rainfall decreases dramatically and you can’t cultivate it, you take a massive hit.”

The question of climate change and its impact is not a new one – but Antonio suggests that there is a new solution, and it lies with the banks.

“The financial regulators all over the world are entrusted by statute to prevent possible systemic crisis,” he says. “They have the tools to prevent problems, they have to do something about it. To prevent the kind of systemic shock I’m talking about, they need to favor funding organizations that invest in technologies that prevent climate change. They have the mandate and the tools and the time to act is now.”

The answer, he says, is simple: “Raise capital buffers for banks investing in the big pollutors, they will then decrease funding to those firms and offer it to those with a green agenda. It’s within their mandate, they can do this immediately. I don’t think people realize that this can happen.”

Steps are already being taken towards the ‘greening’ of the financial system. At the Paris “One Planet Summit” in December 2017, eight central banks and supervisors established the Network of Central Banks and Supervisors for Greening the Financial System (NGFS). Since then, the membership of the network has grown dramatically, across the five continents. The network’s purpose is to enhance the role of the financial system to manage risks and to mobilize capital for green and low-carbon investments.

But, says Antonio, it’s too late, progress is slow and the buck is being passed.

“Why isn’t this happening now? I suspect that the central banks and the financial regulators were too busy during the previous great recession and just attempting to maintain stability. The other reason is that they probably said, ‘Well the government can do its bit and tax more, we don’t need to do it, someone else should be doing it.’ At the European Parliament level there’s been barely any mention of climate change in the last decade. It’s simply been left to national governments.”

Instead, he says, action needs to be taken at European level, which should then filter down to the high street banks.

“To implement such a system at a national state level will create an imbalance. Investors will simply go to the countries that offer them the best deals, and countries will compete for investors, and the whole system will collapse. The system needs to be implemented an international level. We can start with Europe because we have a clear mandate and authority, but then we need to take this to a global level.”

The first step, suggests Antonio, should be a unified way of accounting for the greenness of the exposures of any financial institution – a centralized, unified and standardized accounting system.

The European Central Bank has a responsibility to take control from a banking point of view, with insurance regulators taking the lead within their industries, says Antonio.

‘At a central bank level, they need to tell the member banks in the system, ‘If you want to lend I’m going to take a look at your balance sheets, and weigh each of your investments with a green factor. The greener you are, the less capital you need to hold, because you’re less problematic. Risk departments of each bank need to make it part of their standard scrutiny within individual offices and individual managers. If you’re lending to a company that isn’t green you say no, or you charge a higher rate of interest. You have to take that risk into account.

“The financial system is very powerful. It has the power to bring about this change.”

Antonio Cabrales is the author of “Financial contagion and climate change: what can macroprudential regulation do to save the planet” He will discuss the paper at the EconPol Europe annual conference on 26 November 2020, on the panel Novel Regulatory Approaches for Climate Change Mitigation