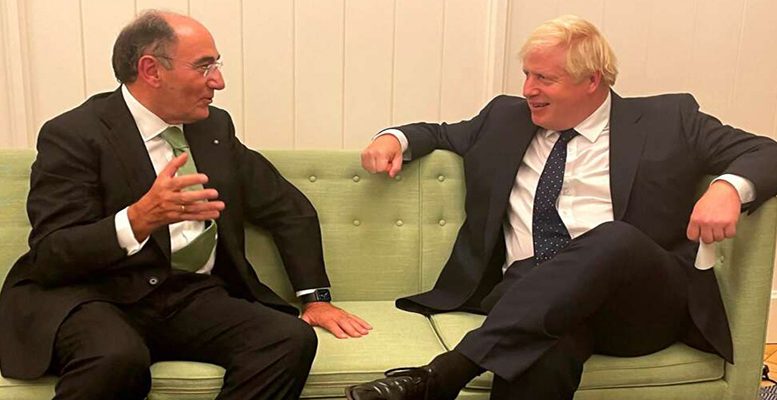 Iberdrola will invest £6 billion (7.1 billion euros) in the UK through its subsidiary Scottish Power to develop the East Anglia Hub offshore wind farm complex. Iberdrola’s chairman made the announcement at the Global Investment Summit organised by Boris Johnson to boost foreign investment. The British PM thanked “for the investment and commitment to the country. You are always welcome”.

The East Anglia Hub will be one of the largest renewable energy projects in the world and will generate electricity equivalent to the consumption of 2.7 million households. It will also provide direct employment for 7,000 workers in the UK.

The announcement, like the photo of Ignacio Sánchez Galán with the British PM, comes at a time of maximum tension between the company and the Spanish government. Without talking to the electricity retailers, the latter hastily reduced their income by Royal Decree, arguing that they were obtaining “extraordinary profits”. The unexpected change in the rules of the game has led Iberdrola to “freeze” its Spanish investments and neither Iberdrola nor Endesa nor Acciona took part in the latest renewable energy auction organised by the Spanish government.

In an attempt to curb the escalation of tension, the government has shown itself willing to lower its cut if the electricity companies guarantee a fixed and affordable price for the industry. The sector has begun to announce work stoppages and job suspensions (already affecting almost 20,000 workers) in the face of rising electricity bills.