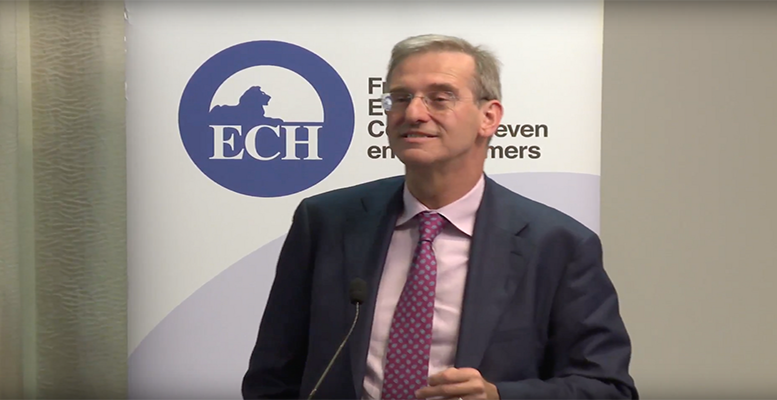 Hoogduin, now a professor of financial markets at Groningen University, points out in an interview with Wynia’s Week that the nineteen countries that share the euro have broken almost all the rules they agreed in the 1990s, when the currency was introduced. High inflation and low interest rates — to help France and Italy service their debts — threaten Dutch trade and €1.4 trillion in Dutch pension assets.
Italian-style euro

Hoogduin was an advisor to Wim Duisenberg, the first president of the European Central Bank (ECB); the chief economist of Robeco, the investment fund; and a member of the Dutch Central Bank’s executive board.

The eurozone increasingly reminds him of the Italy of the 1990s: a country of high inflation, high debts and repeated currency devaluations. Italy’s borrowing costs were high, and still would be if it weren’t for the ECB’s Italian bond purchases.

The Italian economy has not grown in twenty years. Unproductive industries are kept afloat with government support. Young Italians seek job opportunities elsewhere in the EU. An Italian-style euro would weaken the currency to the detriment of more competitive and trade-dependent nations like the Dutch.
Dutch and Germans miscalculated

Germany and the Netherlands thought they could model the euro on the Deutschmark and guilder with strict debt and deficit rules. Those rules — the Stability and Growth Pact — “have never been respected,” according to Hoogduin.

When the euro was introduced, Hoogduin assumed countries would comply with the treaty and that the ECB, like the Dutch and German central banks, would prioritize price stability over cheap borrowing:

No country was ever fined for borrowing more than the pact allowed, which in the case of Greece and Portugal led to debt crises and European bailouts. Italy did not honor a commitment to pay down its debt.

Since Duisenberg’s retirement in 2003, all ECB presidents have been Italian or French.
Why doesn’t Kaag back Germany?

The current Dutch government, a coalition of liberal and Christian democratic parties, has for the first time opened the door to raising the Stability and Growth Pact’s debt and deficit limits from 60 and 3 percent of GDP, respectively.

“I don’t see what we stand to gain from this,” says Hoogduin.

Germany’s finance minister, Christian Lindner, is in the same political family as Kaag but skeptical of reform.
No longer worth it?

Weaker fiscal rules would be a third strike against Dutch interests.

When Germany gave up its opposition to the pooling of European debts, in order to finance the COVID-19 recovery, the Netherlands was virtually isolated.

Germany is also sympathetic to French plans for a “Europe first” industrial policy that could hurt exporters.

Hoogduin calls for an appraisal of Dutch euro membership: do the benefits still outweigh the costs? If not, an exit from the single currency — not the European Union — may be worth it.

The Netherlands would join Denmark and Sweden. Both retain their own currency. Denmark even has a permanent opt-out from the euro.