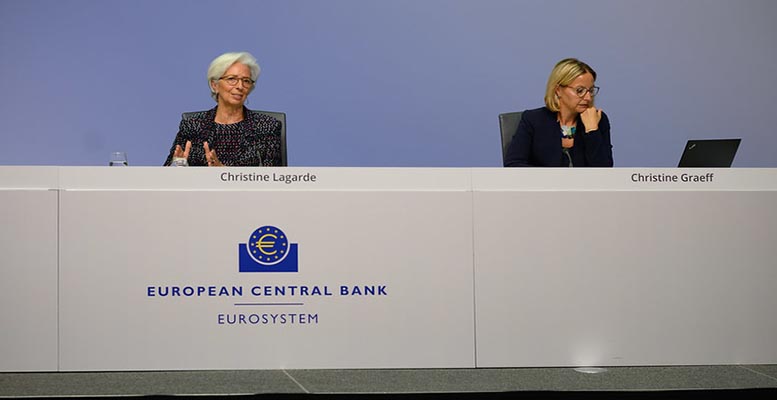 Banca March | The European Central Bank has published the downward revision to forecasts from the experts it consulted. According to the data, the economists consulted expect an economic contraction of 5.5% in 2020 and a recovery in 2021 to growth of 4.3%. The ECB, which consults experts on a quarterly basis, conducted the survey between 31st March and 7th April. In the previous consultation, they estimated that the euro area would see economic growth of 1.1%, which has been disrupted by the effects of the coronavirus pandemic and containment measures. They also adjusted the inflation forecast, leaving it at +0.4% for this year, +1.2% in 2021 and +1.4% in 2022. The same data in the previous survey was +1.2%, +1.4% and +1.5% respectively. As for unemployment, the estimated unemployment rate for this year is 9.4%, falling to 8.9% and 8.4% in 2021 and 2022 respectively.

In this context of deteriorating growth expectations, the ECB continues to increase its asset purchases to support the region’s economy and avoid a further increase in risk premiums. Published data show that the monetary authority increased its balance sheet by 147.775 billion euros in April, mainly through its new pandemic purchasing programme (PEPP) announced on March 18. Some 118.811 billion euros of its total 750 billion euros have been consumed in five weeks (in April, 103.366 billion euros of this programme was taken up). The ECB does not reveal the composition of the purchases within this specific programme of support for European economies hit by COVID-19. However, if we take a look at its usual programme of sovereign debt purchases (known as the PSPP), the ECB acquired 26.75 billion euros of sovereign debt in April. Of this total, almost 41% was in bonds issued by Italy, 31% by France and 16% by Spain. Meanwhile, the weighting of bonds issued by Germany accounted for 2.3% of the total, well below the capital key corresponding to the euro’s largest economy.