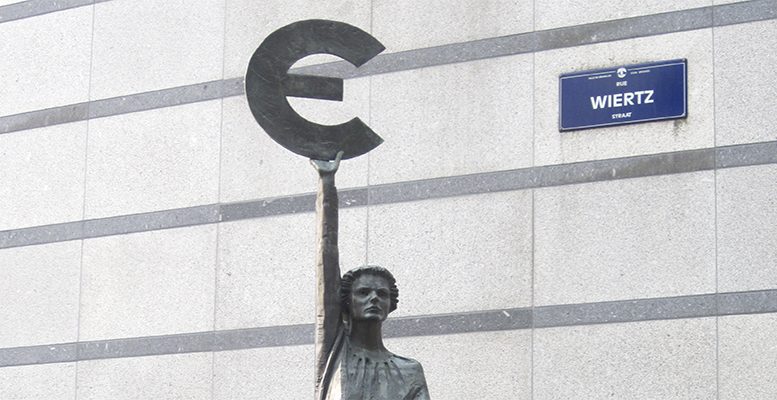 Yet what is important is not the reference to the past, but the fact that the euro has gone from being almost 9% undervalued against the dollar in February to reaching a point of equilibrium. This is according to purchasing power parity calculations using inflation figures. This factor will be a burden on the euro area stock markets if it goes any further, which is somewhat of a real possibility.

The outstanding bonds of the European institutions could total around 1 trillion euros by end-2021. This amount would indirectly make the euro more attractive for international reserves as it would be an instrument powerful enough to channel them. But bearing in mind that in this area, preservation of the nominal value takes priority over other considerations.

From a perspective which goes beyond the very short term, the revaluation of the euro could go a little further, although with certain limits. From a level of 1.20 against the dollar, the discomfort in the ECB would increase. Furthermore, although it is politically incorrect to talk about the currency in central banks, we have no doubt they would act indirectly to cool the euro, given its impact on EMU activity and inflation.

The current levels of the EMU currency are therefore no longer favourable to the expansion of European activity as they are in line with equilibrium figures from a fundamental point of view. At this point it is worth remembering that exports of goods from the Eurozone totalled 1.860 billion euros in 2019; a figure equivalent to 15.6% of GDP.