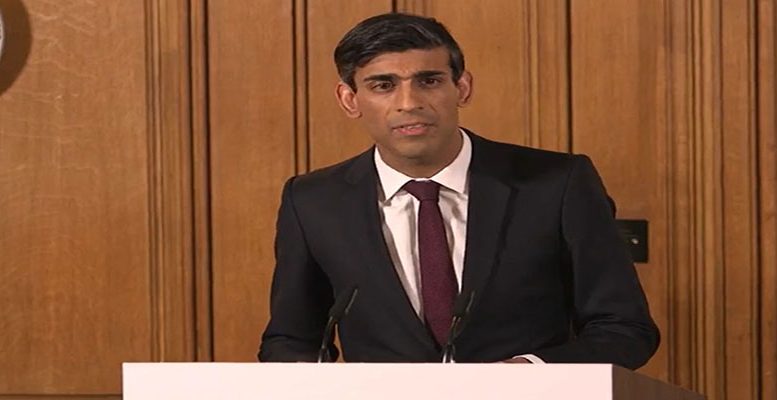 David Page (Head of Macro Research at AXA IM) | UK Chancellor Rishi Sunak today delivered a series of new measures and extensions to existing supports to help the UK economy through the winter months following the re-emergence of the coronavirus and re-imposition of wider restrictions on activity. The measures will be needed with downside risks to the economic rising after what appears to have been a buoyant summer. The measures are aimed at averting a material deterioration in the labour market and the permanent scarring effects of large increases in unemployment. However, the Chancellor also hopes to allow some flexibility and avoid preventing some workers leaving jobs that are no longer viable, to new roles in the economy. This promises to be a more uncertain transition.

The Chancellor announced four strands of new support to the economy:-

The impact of all these measure to ease cash flow concerns for business, with the extension of payments for loans and VAT deferrals, will be vital in what looks set to be a tight period for many businesses. Moreover, the deferral of the VAT rate cut date will also push back something that could have added further headwinds to the ailing hospitality and tourism sector. However, we think the most significant policy will be the Jobs Support Scheme. This subsidisation of employment in vulnerable sectors should reduce the number of people that are likely to lose their jobs over the coming months as the furlough scheme ends. However, with the new Scheme purposefully not trying to support all previous jobs, we are still likely to see a material increase in the unemployment rate over the coming months.

The cost of these measures is as yet unknown. The real cost of the extension to loan repayments and VAT deferrals is likely to be small, not least as these extensions should increase the chances of ultimately receiving these repayments. Also the extension of the VAT cut to hospitality and tourism sectors is also likely to be relatively small, we estimate at just over £1bn. But the Jobs Support Scheme is again likely to be the most significant and while this should fall short of the estimated £75bn cost of the furlough scheme, including the self-employed component, it could still prove significant. Tomorrow sees the release of August’s public sector finances which are expected to take the total borrowing this financial year to nearly £200bn (9.4% GDP), with the total government debt rising above £2trn (94% of GDP). While we expect the pace of deficit increase to slow over the coming months, the outlook for the financial year total remains eye-watering.

In all, these measures will help mitigate some of the renewed headwinds to UK activity outlook, although after a buoyant summer we expect a much slower pace of growth across the fourth quarter. The Chancellor has scrapped his Autumn Budget. We continue to believe that the next Budget will see the Chancellor provide additional fiscal support and he will hope that he can focus on longer-term growth drivers by this time, as opposed to ongoing short-term support. However, financial markets appeared underwhelmed by today’s statement, 2-year gilt yields were 1bp lower at -0.06% and 10-year yields fell 2bps to 0.20%. Sterling also fell by 0.25% on the announcement