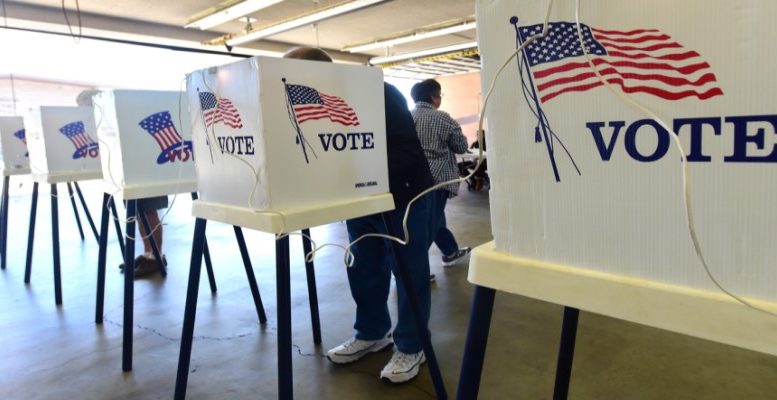 President Trump and his Democratic opponent, former Vice President Joe Biden, have pronounced policy differences on corporate taxes, energy and US-China trade, but generally similar views around drug pricing, large-cap tech firms and infrastructure investment. As the 3 November US presidential election draws closer, the race is tightening between both candidates. While much is at stake in this election cycle, the three policy areas noted above could have a large impact on the markets and portfolio allocations, warns Allianz GI: “Investors should plan to adjust portfolios depending on the direction of policy after election day – though emerging technology and infrastructure may be winners regardless of the outcome”.

Mr Biden wants to reverse the Trump administration’s 2017 tax cuts, raising the corporate tax ratefrom 21% to 28% (while keeping it below the pre-2017 rate of 35%) and creating a minimum 15%tax for corporations earning USD 100 million or more. He also plans to double the tax rate forforeign subsidiaries of US firms. These policies would likely hurt earnings for sectors that benefited the most from Mr Trump’s tax cuts (including financials, consumer staples and utilities) as well aslarge multinational companies with overseas operations (including technology and healthcare). However, Mr Biden does plan to invest in growth areas such as clean energy and 5G technology.

Moreover, the US economy is recovering from recession, so Mr Biden may not make tax hikes animmediate priority – and there is no guarantee they will pass, especially if Congress remainsdivided.

Mr Trump wants to maintain the status quo. The corporate tax cuts he implemented in 2017 weredesigned to be permanent, and he also likely wants to turn the temporary tax cuts for individualsinto permanent ones. However, much depends on which party controls the US Congress after theelections – a Democratic Congress would be much less receptive to Mr Trump’s tax proposals.

Mr Biden plans to invest heavily in areas like renewable energy and climate protection. His policycalls for a USD 2 trillion investment in solar, wind and other clean-energy sources, as well asincentives for manufacturers to produce zero-emission electric vehicles and energy-efficient homes.

Mr Trump’s plan focuses more on traditional energy sources such as oil, natural gas and coal –which account for over 80% of total energy used in the US (vs 10% for renewable energy). He wouldprovide a friendlier tax and regulatory regime for traditional energy, as well as continued supportfor “fracking” – a drilling technique use to extract oil or natural gas from underground. The Trump administration believes its energy policies have made the US less vulnerable to shocks from theMiddle East or OPEC.

3.-US-China trade policy: both candidates would be “tough on China” and aim to strengthen US tech leadership over China.

President Trump has made US-China trade a priority of his administration – often acting unilaterally or via executive order. The two countries did agree on a Phase 1 trade deal on 15January, but tensions have since resumed over the pandemic and the business practices of Chinese technology firms. In a second term, Mr Trump would likely continue his tough rhetoric and uniliteral approach, perhaps spurring market volatility in the years ahead. Mr Biden has also pledged to be “tough on China” but has indicated he prefers building coalitions –bringing US allies, labour groups and environmental organisations to the negotiating table. His administration would likely also view Chinese-led technology firms less favourably; Mr Biden proposes a USD 300 billion investment in US technology spending (including 5G, AI and cybersecurity) to remain competitive with the Chinese (see chart). President Trump would likely favour continued US leadership in technology as well, although he has not confirmed any newpolicy measures to support this.

The two candidates have similar views on drug pricing, tech giants and infrastructure

Despite their many differences, Mr Biden and Mr Trump are aligned in some areas that markets may not appreciate. For example, both candidates support someform of lowering pharmaceutical drug prices. Both also favour more regulation of – and have even called for breaking up – certain large US tech firms. And both hope to pass substantial US infrastructure packages, supporting areas like smart cities, roads and airports – though Mr Biden also supports developing clean-energy infrastructure.

Historically, markets have done worse in the weeks before election day than in the period from election day to year-end (see chart). This is likely because themarkets don’t like uncertainty: once an election is over, the markets are able to start factoring in the next president’s policies.

Equity performance has historically been stronger after presidential elections

Average S&P 500 performance before and after presidential election years (since 1970, excluding 2008).

At the same time, the global Covid-19 pandemic makes this a very unusual election year for the markets. While the presidential candidates spar over how they would approach the pandemic, the markets are processing new data points about regional outbreaks, vaccines, drug therapies and the pace of economic recovery– in addition to the level of monetary and fiscal support that has provided a floor for markets so far.

If the global economy does rebound in the next 12-18 months, we expect to see broader sector and geographical participation in the market’s upside – beyond the large-cap US technology stocks that have led through the crisis. Investors may want to factor this in, along with the candidates’ proposals, to consider allocations to select sectors. Cyclicals (such as select industrials, energy and financials), emerging technology with long-term growth potential (such as 5G, AI and cybersecurity), infrastructure and clean energy may all be potential winners in a post-2020 US election era.