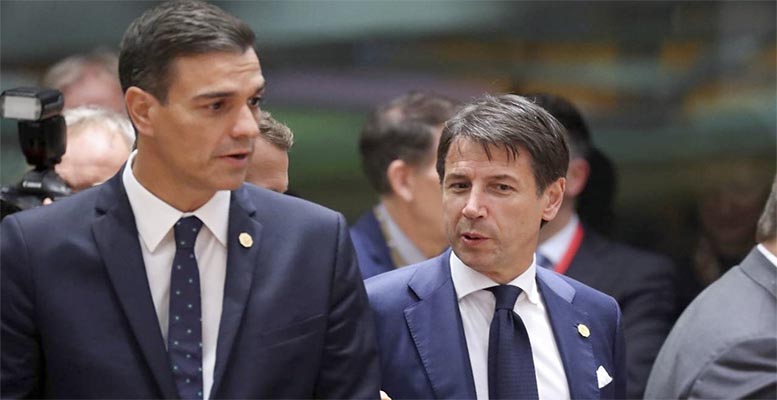 JP Marin-Arrese|It seems obvious the current crisis will hammer public finances everywhere. As economic activity plummets, unemployment indemnities and a sharp and prolonged fall in revenues will shatter the Treasury coffers. All the more so should governments implement substantial spending plans and salvage operations. We are heading towards a towering deficit-laden aftermath.

Right now, the focus is on supporting countries acutely suffering the stroke through massive financing facilities. Europe is witnessing a tug-of-war between those pressing for increased solidarity and those reluctant to accept any device bringing enhanced risk-sharing. No wonder. The final bill could cripple the most robust budgets. The prospect of launching coronabonds seems out of reach, as Germany and its Northern allies are afraid of becoming bogged down in a profligacy scenario, with no say over others’ expenditure drive. Other targeted initiatives to lift pressure on budgets beleaguered by massive social outlays, have a better chance to succeed. Moreover, the ECB commitment to buy public debt will prevent undue strain on sovereigns keeping risk margin reasonably subdued, at least for the time being.

So governments will be able to mobilise substantial funding without fearing a market closure. Yet, sooner or later, they will have to pay back the money they are borrowing now. Any doubt on their ability to meet their obligations would plunge them into complete disarray. Access to preferential credit facilities does help by providing extra time for coping with reimbursement. But, at the end of the day, repayment is a must.

Indulging in soaring short-term deficits to invigorate the ailing economy, thus ensuring its fast recovery, seems the most sensible recipe at face value. Cutting short the foreseeable recession from spiralling out of control is the primary goal now. But, should the economy fail to bounce back quickly, trimming budget imbalances will become increasingly pressing. Otherwise, the onus of reimbursing creditors may rise to unbearable levels. An amount which will skyrocket for those unable to redress the situation rather speedily. Laggards will bear the brunt of a debt crisis. As divergence in Europe unfolds, markets will pick them as ideal targets, further deepening their distress.

Overcoming the current slump will bring about booming deficits. Keeping a tight control on the expenditure side will not prevent huge imbalances stemming from the free-fall in revenues.  Yet, countries with bleaker prospects of a robust recovery, like Spain or Italy, need to gauge the danger lying ahead should they incur massive indebtedness. As solidarity for the current pandemic plight evaporates, they be confronted with the harsh reality any debtor faces when restitution is due.