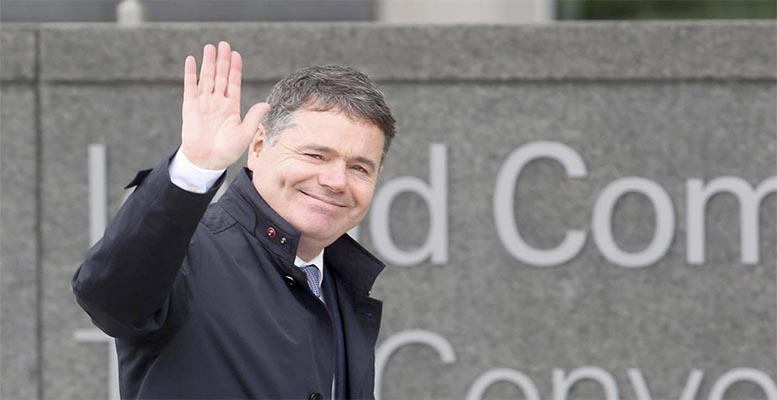 Ireland’s Paschal Donohoe has been elected as the new Eurogroup President, replacing Portugal’s Mario Centeno. He beat out Spanish minister Nadia Calviño, who had the favourable support of the countries accounting for 80% of the Eurozone’s GDP, including Germany, France and Italy.

Yesterday’s vote saw the 19 members of the group, made up of the Eurozone finance ministers, decide who will be their new president. Luxembourg’s Pierre Gramegna fell in the first round of voting, and it was finally Ireland’s Paschal Donohoe who got the necessary 10 member votes out of the total 19. Donohoe will take office on 13th July and his mandate will last for the next two and a half years. His first council meeting is due to take place on 11 September.

After the result was announced, Mr Donohoe warned that his immediate priority will be to outline a common path forward. This will involve building the European recovery, strengthening the euro area economy and promoting sustainable and inclusive growth. He expressed confidence in an agreement being reached on the European recovery fund, which is currently the main point of divergence between the States.

According to Intermoney, Donohoe’s choice is not so much about favouring a decisive push for the Recovery Plan, “although his centrist role which can facilitate agreements should not be underestimated.”

The Eurogroup meeting was held at a time when the Netherlands has reinforced its bitter stance towards the EU Recovery Plan. That said, it should be borne in mind that we are still dealing with the previous dynamic where maximum positions are maintained before the concessions come.