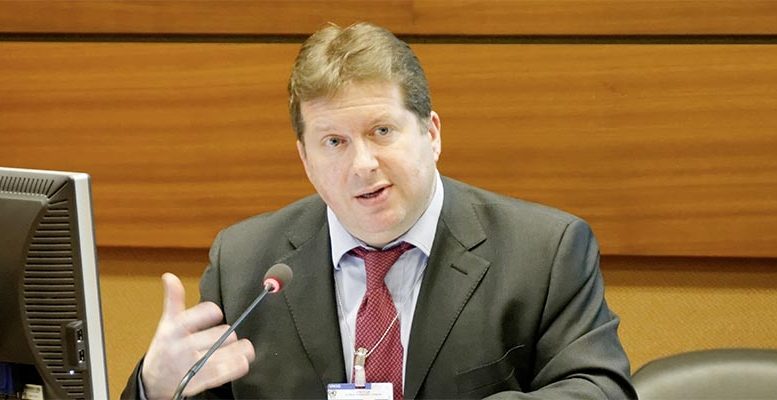 Pablo Pardo (Washington) | One of the most exciting stories of the world economy in 2002 is the oil price collapse. First, it was a dispute between Saudi Arabia and Russia. Moscow wanted lower prices than Riyadh in order to drive out of the market small US producers who obtain shale gas. This annoyed the Saudi Crown Prince, Mohamed bin Salman, who increased his country’s production and embarked on an all-out price war with Russia. On top of that, all this coincided with the coronavirus. The result was the biggest drop in the price of a barrel in 30 years.

The fall in oil prices has reinforced deflationary tendencies in the industrialised economies still trying to recover from Covid-19. It has also pulverised the fracking sector in the US. Amongst those affected in that country is billionaire Harold Hamm – a personal friend of Donald Trump, who was rumoured in 2016 to become Energy Secretary. His fortune has dropped by over half this year to $4.5 billion. The crisis has reached such proportions that Trump has allocated part of the stimulus measures to contain the economic collapse caused by the coronavirus to rescue the oil companies. This is a geopolitical change of the first magnitude because, thanks to the expansion of the ‘shale’ begun in 2010, the US had become the leading global producer of crude oil. But that oil is much more expensive to obtain than that from Saudi Arabia and Russia. And, with the new prices, it seems clear that part of that production has gone for good. This is not the only transformation caused by cheap oil. It is going to have catastrophic consequences for Venezuela, while for Iraq, Iran and other countries it is also a very hard blow. David Fyfe, chief economist of one of the world’s largest suppliers of raw materials’ prices, Argus, is aware that the oil market is not going to be the same after this collapse in demand. It will take years for prices to recover – if they do – and US production will be lower. In his opinion, these changes mark the beginning of the recovery of power in the market of the so-called OPEC+. Namely, the Organization of Petroleum Exporting Countries (in practice, a group totally dominated by Saudi Arabia) and other large producers, such as Russia, Norway, and Mexico, which often coordinate their production with them.

Q: How long will the weakness in the price of crude remain?

A: It depends on the exit from the Covid-19 crisis. We assume that the blockade will be gradually lifted and that by the third quarter of this year we can see a gradual recovery which will gain momentum as demand grows. Because the drop in demand has been unprecedented. The other side of the coin is that we have seen US producers, and Canadian producers, reduce production because they are running out of space to store the oil. Added to that is the reduction in OPEC+ production of 10 million barrels per day by June (which was extended by another month at the last meeting) and 8 million barrels per day thereafter. The problem is that supply response will take time to be kick in. So we think prices will still be very weak in the second quarter and potentially in the third quarter. We don’t see any significant increase in prices until the end of the summer, and even then I think it will be a very slow recovery. But if we have the combination of a demand that starts to rebalance the market in the fourth quarter of the year and the first quarter of next year, it is likely that prices will move up into a higher range by end-2020 and maybe more so in 2021. However for that to happen, there are two determining factors. Firstly, that there is not a resurgence of coronavirus. And secondly, that OPEC+ is disciplined and its members do not exceed their quotas. If those conditions are not met…

Q: The great ‘disruptive’ element in the market in the last decade has been ‘shale’, the US shale oil. It has produced more than 11 million barrels/day, like Saudi Arabia. What do these prices mean for that activity?

A: With the bottleneck of storage and at these prices, many US oil producers who never managed to achieve positive cash flow, will be left out of the market. Our forecast is that 3 million barrels/day may disappear by October. This is a process of adjustment, of resizing the sector, which was already underway, and which Covid-19 has accelerated. The business model of many of the marginal, very small producers is collapsing.