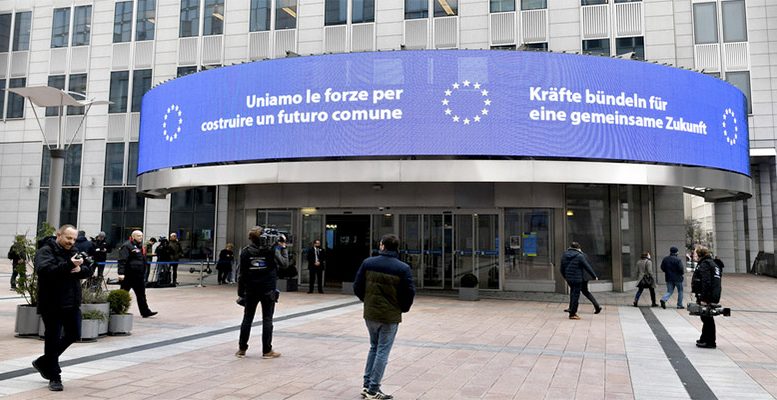 José Ramón Díez Guijarro (Bankia Estudios) | Once health policies seeking to flatten the infection curve through quarantine are being imposed in most countries, versus the alternative of seeking immunity for a large population group (the Dutch case), the short-term negative effects on the global economy will intensify. The key objective is to put the peak of infections at levels that can be handled by our health systems. This implies the paralysis of all non-essential activity and, therefore, a global recession. In contrast with a war scenario, it is not a question of concentrating production on arms and basic necessities. But rather of freezing a large part of the economy in order to limit the overload on health care. The smoothing of the curve of those affected by the pandemic will necessarily increase the decline in GDP. Every week activity is functioning at 50%, 1 percentage point of production is lost.

As a result, it is supremely difficult to put forward any economic forecast scenarios since, to begin with, one must get the timing right for when the economic situation might begin to normalise. It is clear that the slowdown in global activity in the second quarter of the year will be the most intense. This can be evidenced from the data we have seen, such as the increase in the number of unemployment claims in the U.S. to 3.28 million in the last week (a new historical record). This compares with an average of 218,000 weekly claims throughout 2019. But from that point, there is a very wide range of forecasts. It is not the same to start the return to normality after Easter as it is in June. Furthermore, for example, the nearly 500,000 cars that will no longer be produced in our factories in the second quarter, will not now be able to be recovered in the summer. The positive news is that the stoppage, with a greater or less duration, should be temporary if the response is adequate. And, in Spain’s case, we are facing this unprecedented “shock” with a much more balanced macroeconomic position.In the short-term, however, the correction in activity will be intense. We need to take into account that employment intensive sectors (commerce, transport and hotel and catering) weigh heavily on our productive structure. The stoppage will affect months of strong tourism activity.

The cryogenisation of a good part of the world’s productive fabric is an unparalleled economic phenomenon (“this time it’s different” Carmen Reinhart stated this week). So nobody knows in what conditions the patient will wake up and whether he will be able to quickly recover his vital signs. The key lies in the economic policy responses and being aware that the challenge is very important. Now it is not a question of reactivating the economy in the short term because of a demand or supply shock, but rather of trying to manage the hibernation in the best possible way. We have to avoid a major destruction of the productive fabric and, consequently, that a liquidity problem becomes one of solvency. To this end, a suitable mutualisation of losses should be carried out, which must involve swift action by the economic authorities, both directly and through the financial system. Smoothing the economic curve will have a significant cost in terms of fiscal solvency in the short term. However, it is totally justified to avoid permanent effects on activity and to minimise hysteresis in the labour market.

All of the above seems to have been well understood by central banks and the US economic authorities. The Federal Reserve is carrying out a “by pass” on the American economy, the like of which it has never done before. Not even in the 2008-2009 crisis. Not only will it buy unlimited US government debt, but it will also buy corporate bonds (primary and secondary markets), commercial paper and support securitizations of consumer and student loans. It may also even give credit to small and medium-sized companies (the size of its balance sheet might even double in the short term).

Extraordinary measures for extraordinary times have allowed the financial markets to stabilize during the week. With one exception, as it seems that the concept of urgency is different in Europe from that in the rest of the world. The European summit on the coronavirus ended last Thursday with the decision to take two weeks to analyse proposals. Even in a situation like the present one, northern European countries are not prepared to mutualise risks. For the time being, the most they agree to is to using the MEDE subject to strict conditionality. So for the moment, we must forget about coronabonds under the principle that “each one has to shoulder their own burden”. We will see if all this does not end up affecting the waterline of the European project.