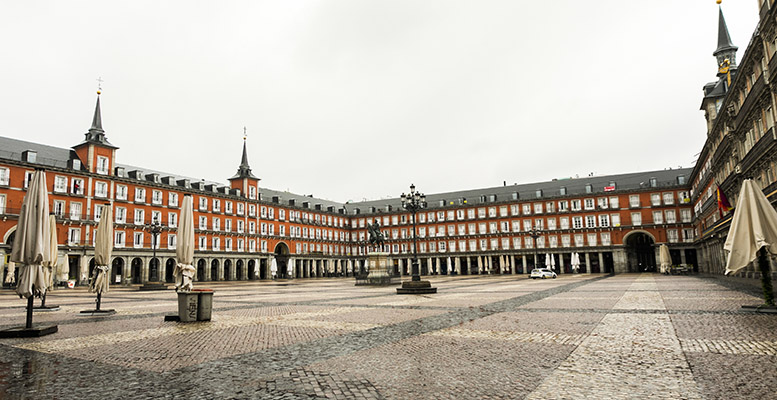 From now on, in Spain, it is forbidden to make redundancies by Royal Decree

A.J.A | As an Arab proverb goes, ” When the cart is broken there are many straight roads in sight.” It is true. It is usually difficult to know in advance which course of action is going to work best. But on other occasions, it’s not, it is easy and obvious, like now.

Last Friday 27, after a cabinet meeting, the Spanish government issued a decree prohibiting companies from firing employees by “taking advantage of the coronavirus” (sic). It was announced by the Minister of Labour and member of Unidas Podemos, Yolanda Díaz, a labour lawyer who, full of pride, unashamedly spoke about “the public services of this Government” and the “social shield” that this series of measures is creating.

Her reasoning is simple: If the Government -which has decreed the closure of many activities- has modified the legislation to speed up, as much as possible, the procedures that allow the companies affected by the decree to apply for Temporary Employment Regulation File (an ERTE, in which the State assumes the payment of 70% of the basic salary of workers), it does not make sense that companies do not activate ERTEs and “take advantage” (those are the words used by the minister) of this crisis to fire employees. Therefore, redundancies are prohibited in Spain until further notice.(*)

Since March 15, when the Government announced that it was making the Record of Temporary Employment Regulation more flexible, Spanish companies have requested this measure for more than 800,000 workers… But they have made the same number of redundancies. They will no longer be able to do so. From now on, in Spain, it is forbidden to make redundancies. By Royal Decree.

Someone of sound judgement echoing the concerns of employers said at the press conference after the cabinet meeting: “According to Spanish law, companies that apply an ERTE agree not to dismiss any employees in the following six months and asked: “Is the Government thinking of relaxing this requirement? “No, that is what is regulated and that is how it will stay” explained the minister, who insisted that “this Government” will not allow anyone to “take advantage” of this crisis to make redundancies.

As if Spanish businessmen were looking for an excuse, not to hire more people, but to fire the ones they already have. For this Government, the presumption of innocence has become, in the case of employers, “presumption of guilt” and through its Minister of Labour has warned that the Labour Inspectorate she directs will review “ex officio” all ERTEs.

So if the world, the whole world – Europe, Asia, America, Africa… – is going to endure this year a huge wave of dismissals, without precedent, it is only because it wants to. And because it does not have a government as concerned about the welfare of workers as the Spanish government: it is enough if you ban redundancies and if the State pays 70% of the salaries of workers in affected companies while the crisis lasts – the Government says until when – and then you prohibit employers who couldn’t make redundancies at the time from making them for another six months. And they call this the “Social Shield”. It is the advantage of having Pablo Iglesias’ party in the Government. We must be the envy of everyone!

Presumably these measures will be completed by another couple of laws later: one that will force companies to earn enough money to pay the salaries of their employees when the ERTEs come to an end, and another one, a very urgent one, that will repeal the law of gravity and that will forbid accidental falls, at times like these, when hospitals are full to bursting, so that the health crisis will not get even worse… Which is also an idea.

Spain is led by this “good” government, which we have the benefit of having- that is, a left-wing one, as opposed to the “bad” governments of “the right” – and which is intent on going from blunder to blunder. And with absurdities such as this one, it ensures that the recovery will not be in a V shape, or even in a U shape, but that the country will get into a prolonged crisis in L—-. (**)

It would be better if it made sure that companies can get off the ground quickly, when the time comes, and if it prevented law courts from collapsing – even further – under the weight of a flood of bankruptcy processes. Because today, a Spanish company that cannot meet its payment commitments must go into bankruptcy (to try to reach viable agreements with its creditors: employees, banks, State …) And do you know what was until recently – just before the coronavirus crisis – the average time it took to resolve these bankruptcies in Spain? 6 months? 8 months? 12 months? 24 months? 36 months? No, the average time is, was, 49 months, which explains why in Spain only 5% of the companies that enter a bankruptcy process resume business afterwards.

So I would encourage the Government to prohibit, from now on, Spanish companies from filing for bankruptcy. By a Royal Decree. In case there are evil businessmen who “take advantage” of the coronavirus pandemic to apply for bankruptcy and get rid of their companies. That is not fair.

And for the record, I’m assuming that the Minister of Labour, who is from my home town – as well as the President himself, Pedro Sánchez, and the undefeated leader of Unidas Podemos, Vice-President Pablo Iglesias, and the leader of the PP, and even that of Vox – are acting with the best of intentions. But, who in their right mind would have come up with such an idea? Unless the idea -behind the measure- is for the legions of unemployed people that such a measure is going to generate for years to end up clamouring for more subsidies, more social shield and more Unidas Podemos, is that it?

(**)The Government wants us to believe that the crisis we are living in Spain is due to “the cuts made by PP ”, even though PSOE with the support of United We Can has been in power for almost two years (since June 2018). The data collected by Daniel Lacalle is self-explanatory: “Cuts? Public spending on health rose from €71,667 million in 2011 to €75,435 million in 2018. There were cuts between 2009 and 2011, which amounted to almost €1,500 million (under the PSOE Government led by J.L. Rodríguez Zapatero). In this same period of time, the debt of the National health System rose by 173% and the average time it took the Administration to pay medical technology companies rose to 473 days and to 525 in the case of pharmaceutical companies. But even taking this period of time into account, public spending on health in 2018 was the highest ever.

As Lacalle explains: “ South Korea, with a population of 51 million people, is a country with great economic freedom. (It ranks 28th on a list of countries by economic freedom while Spain ranks 58th.) Its public spending as percentage of GDP is much lower than that in Spain (South Korea: 30% and Spain 41%), and its public spending on health per capita is 20% lower than that in Spain; even so, South Korea is tackling coronavirus in an exemplary way. (At press time for this article, 139 people had died and and 9,332 were infected.)

By the way, in Denmark, the Government is also trying to maintain employment, but as Denmark does not have an “extremely good” Government (that is, an extreme left-wing one), the Government extends the presumption of innocence even to businessmen, and therefore it will cover 75% of the salaries of the workers affected by the crisis, and will hand the money over to their employers, who will cover the remaining 25%. Therefore, when business activity can be resumed, companies will be ready…