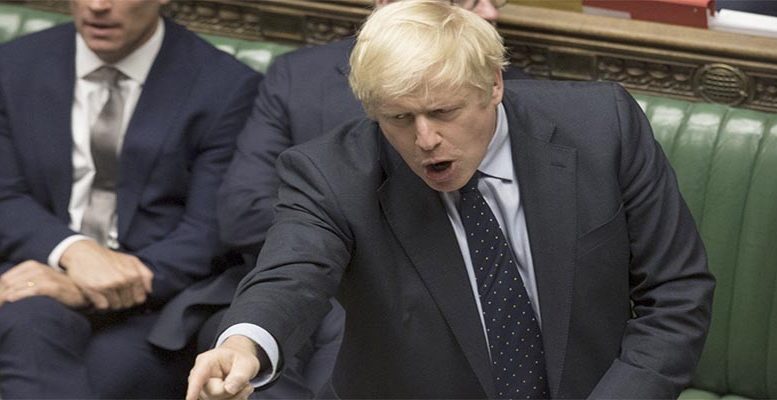 Peter Isackson | The Guardian offered its readers what is certainly the most comic and hyperreal sentence of the week when it reported that “Boris Johnson accused the EU of preparing to go to ‘extreme and unreasonable lengths’ in Brexit talks as he defended breaching international law amid a mounting rebellion from Tory backbenchers.”

Whether their names are Johnson, Donald Trump, Jair Bolsonaro, Silvio Berlusconi, Rodrigo Duterte, Elon Musk or Kanye West, each in his own patented way has perfected the art of outrageous hyperreality that thrives on projecting a personality that is extreme and unreasonable. The phenomenon goes beyond politics. In fact, it originates in the world of entertainment. West, an American rapper, did as much to inspire President Trump’s approach to politics as Trump did to convince West he could have a future in politics.

The Guardian’s readers may be left wondering what kind of exceptionally outrageous behavior could merit Johnson, the British prime minister, calling European negotiators’ behavior “extreme and unreasonable.” Even during his career as a journalist before moving into politics, Johnson specialized in extreme and unreasonable exaggeration in his reporting of the news.

In 2016, Johnson also went from the extreme of preparing an article for publication in The Telegraph in which he argued in favor of Britain remaining in Europe and warned that leaving the EU would provoke an “economic shock,” to leading the wing of the Conservative Party in the “leave” campaign for Brexit. That permitted him to identify himself with the cause of Brexit and assume the leadership of that faction of a party officially committed to remaining as a member of the European Union. He sensed that it would be the shortest route to Downing Street as he witnessed the wavering fortunes of David Cameron, the prime minister at the time.

So, what terribly extreme and unreasonable actions are the Europeans guilty of in Johnson’s eyes? Very simply, they disapprove of his proposed “internal market bill,” which calls for unilaterally overturning the withdrawal agreement Johnson signed last year to presumably settle the initial political conditions of the UK leaving the European Union. On Johnson’s own initiative, that agreement drew a border between Northern Ireland and Great Britain, which together make up the United Kingdom.

The law he is now proposing would permit him to effectively erase that border, leading to the necessity of creating a hard border between the Republic of Ireland and Northern Ireland. Keeping that border open as provided by the 1998 Good Friday Agreement — a deal that ended the violence between Catholics and Protestants — was the required condition for reaching any kind of permanent solution to the withdrawal of the UK from the European Union.

Now, key members of Johnson’s cabinet have begun to revolt, as this is a clear violation of the terms of the withdrawal agreement that took so long to hammer out. Britain’s former ambassador to the US, Kim Darroch, now points out that the bill will be “hugely damaging to our international reputation.” He warned that “it could deter other countries from entering into agreements with the UK in the future.” He wasn’t alone. Five former British prime ministers have also expressed concern over the move. Darroch speculated on what might happen “if people think the Brits are just going to say: we didn’t like this on reflection, and we would like to rewrite this part unilaterally.”

During the centuries when the British dominated the world and owned an empire on which the sun never set, as a people they acquired the reputation of being committed to “fair play.” The French, who never had an entente with the British that was deeper than merely cordial, to this day identify the British as a people who want to be respected for maintaining the cultural value of fair play, at least as it applies to sports.

The French have never been naive. They have always recognized that their British neighbors were perfectly capable of perfidy. To this day, the French will ironically trot out the expression “perfide Albion” to explain Britain’s positions concerning other nations. But Albion’s traditional perfidy was always subtle, carrying an air of reasonableness and delivered with what appeared to be a complicit smile. Boris Johnson’s is both extreme and unreasonable.

Empires will always be suspected of perfidy, if only because everyone understands that they can, on a whim, betray treaties and agreements — and even their own stated principles and values — as they rely on their military prowess and financial clout to carry them through. To some extent, this becomes the law of empires, their way of indicating that the countries they deal with have a greater interest in being nice to them than they do in being nice to the others.

The irony this time — and some see it as a tragedy — lies in the fact that Britain hasn’t been an empire for at least 70 years. Johnson has become little more than Shakespeare’s “poor player who struts and frets his hour upon a stage” and someday soon will be heard no more. The burning question, when it comes to Johnson, Rodrigo Duterte and Donald Trump — whose exit may be announced in November — is this: What will the damaged landscape look like when those leaders specialized in upending their own cultures are gone?

As the world breathlessly awaits the major events that affect every nation in the world — starting with the US presidential election in November and including the unabating drama of the waxing and waning of hopes to see the end of the COVID-19 pandemic — the British have the added angst of speculating about just how irreparably damaging what appears to be an inevitable “hard Brexit” on January 1, 2021, is likely to be. One thing seems to be sure: it will be both extreme and unreasonable.