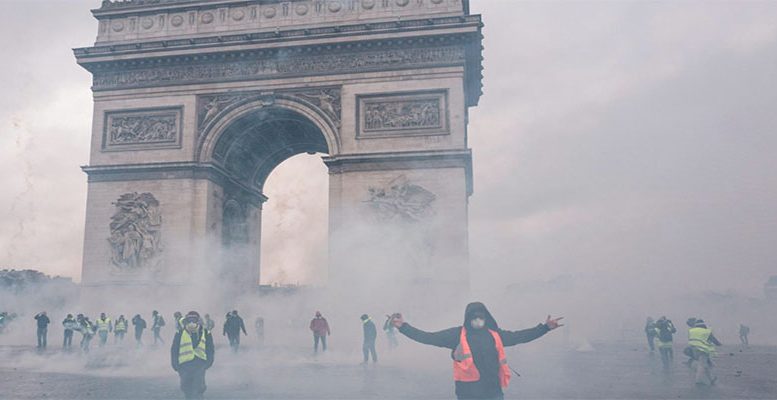 Luis Alcaide (Capital Madrid) | In Paris, weather and health threats are being faced. In addition, the modernization of agriculture and the confrontation over the reform of the pensions between President Macron’s “Republic in Progress” and the rest of the political parties, like “La France Insoumise” and the “Front National”, are also worrying. Macron’s reform is supported by a comfortable majority in the National Assembly. However, next Sunday, the 15th, municipal elections will be held. To what extent will national problems, such as the controversial reform of pensions by decree, influence the results?

The French pension system, with its 70 years of operation and almost 50 different contribution and benefit systems, is an anomaly in a country that is so politically centralist and a herald of equality. However, not all pensioners are equal. Moreover, the system, says Prime Minister Édouard Philippe, clashes with the demands of demographics and the budgetary balances required by the EU.

The system is 70 years old, many interests are at stake, as are many individual and family plans and projects for retirement. Unification feels like another revolution. A revolution that even in the opinion of a conservative media like Le Figaro has been neither well explained nor well designed.

The government is in a hurry and the opposition, for its part, has presented a delaying strategy in Parliament. Thousands of amendments whose discussion, one by one, as required by the regulations, implies delaying the processing of the law with no end in view.

The Prime Minister, E. Philippe, has made use of an article of the Constitution, 49.3, which allows the amendments to be ignored by decree. There will be no parliamentary discussion, but next March 15th the voters will have a voice and a vote in the municipal elections.

Predictions of a resurgence of the pension debate in the municipal elections. Indeed, E. Philippe, the mayor of Le Havre, an industrial city of 170,000 inhabitants, is confident that the municipal election will be successful for his party. None the less, not all voters seem willing to follow him.

“People will vote for or against the pension reform, not for the problems of the city. Mister Philippe is a good person, his leftist convictions (the son of a dockworker family and a left-wing social democrat) have vanished with the reform he is defending” (testimonials collected by the French press among the voters).

The battle of Paris is opening with suspense: the current mayor, Ana Hidalgo, a socialist from Cadiz, has two serious candidates in front of her, Rachida Dati from the Sarkozy Republic and former health minister Agnès Buzyn from the Macron Republic.

The Notre Dame works in Paris and the attempt by Mayor Hidalgo to penalize the use of cars in favor of other means of transport are still ongoing. The social housing is being criticized by the more affluent neighbors who see immigrant and poorer French districts coming to their neighborhoods. Paris is experiencing a certain sluggishness, a grey decline unrelated to the Coronavirus.