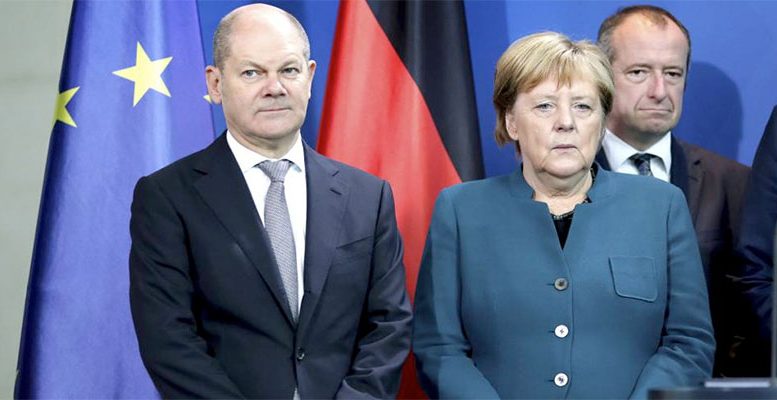 Nick Ottens (Atlantic Sentinel) | Germans elect a new Bundestag on Sunday, which will elect Angela Merkel’s successor. It is the first time since 1983 that a sitting chancellor isn’t seeking reelection.

If the polls are right, Merkel’s center-right Christian Democrats will lose power to the center-left Social Democrats for the first time since 2005.

Here is everything you need to know.

Around sixty million Germans are eligible to vote. A third are expected to vote by mail, up from the previous record of 29 percent in 2017. Turnout has fallen from 90+ percent in the 1970s to between 70 and 80 percent in recent elections, in part due to low turnout in the formerly communist East Germany.

Germans cast two votes: one for a candidate and one for a party. A simple plurality is required to win in one of the country’s 299 electoral districts. Seats are added and filled with candidates from general party lists according to the second votes. Because most districts are won by either a Christian or a Social Democratic candidate, hundreds of additional seats need to be added to reflect the party preferences of the national electorate. Currently there are 709 lawmakers, making Germany’s the fifth-largest parliament in the world.

53 parties are competing in the election, out of which six are projected to cross the 5-percent electoral threshold. (Counting the “Union” of the Christian Democratic Union, which competes in fifteen states, and the Christian Social Union of Bavaria as one.)

Key issues in this election include:

German polls are usually reliable. In the last election, pollsters’ final figures were less than 2 points away from the election results.

No other party wants to govern with the far-right Alternative for Germany (AfD).

The combination SPD and Greens is the favorite with 15 to 17 percent support in recent survveys. A three-party coalition with The Left gets 7 to 10 percent support.