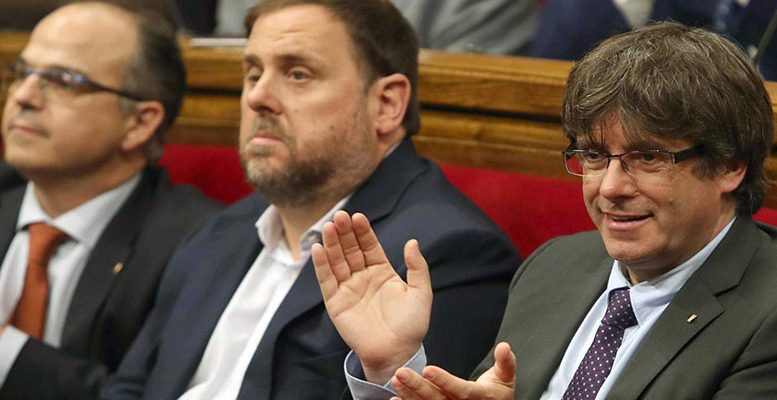 Last night the Italian authorities arrested in Sardinia the former president of the Catalan Government Carles Puigdemont, a fugitive from justice since 2017. The Catalan leader, who as soon as he was arrested was taken to the police station at the city’s airport, was wanted on the basis of a warrant issued by the Supreme Court.

Puigdemont had travelled from Brussels to take part in the Aplec Internacional Adifolk, an event sponsored by a Catalan folklore association. And, as soon as he landed, he was arrested by the Italian border police, according to a statement issued by the former president’s office.
Early today, Friday, Puigdemont has been placed at the disposal of the judges of the Court of Appeal of Sassari, which is the competent body to decide whether to release him or extradite him. The former president is assisted by his lawyer, Gonzalo Boye, and a team of Italian lawyers. The arrest comes two months after he lost his immunity, following a decision of the European Court of Justice. That said, the Court offered him the possibility of claiming immunity again – while the Court decides on the merits of the case – if he is arrested, as has happened.

On 29 October 2017, the former president fled to Belgium following the application of Article 155 of the Constitution by the government of Mariano Rajoy. Without notifying his colleagues Jordi Turull and Raül Romeva, with whom he planned to escape days later, Puigdemont fled Spain. The former deputies were arrested shortly afterwards and remanded in custody. Almost two years later, they were sentenced to 12 years in prison for sedition and embezzlement. And now, four years later, the pro-independence leader has fallen into the Italian police’s net.