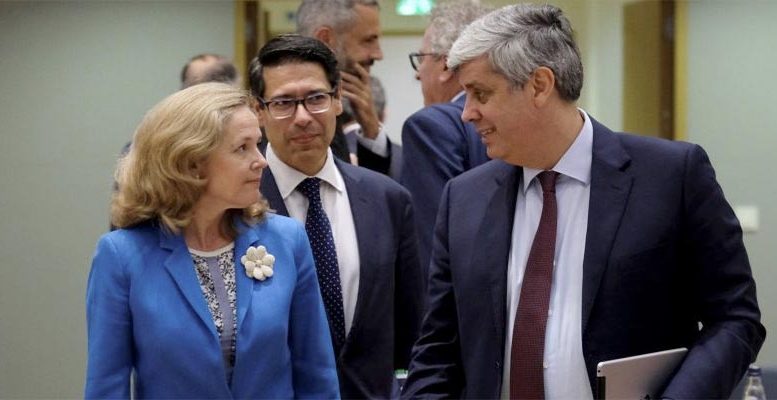 Nadia Calviño and Mario Centeno at the Eurogroup

Mario Centeno is leaving his post as Portugal’s finance minister, opening the door for a new leader of the Eurogroup. The Portuguese MP will exit his job on 15 June and will be replaced in the government by João Leão. His mandate with the Eurogroup will end on 13 July, after which he is expected to remain in the post on an interim basis until a successor is appointed. Spanish Economy Minister, Nadia Calviño, is one of the favourites to replace the Centeno, along with the Finance Ministers of Luxembourg, Pierre Gramegna and Ireland, Paschal Donohoe. It is expected that continuity in the post will be discussed at the Eurogroup meeting scheduled for tomorrow, with the decision on Centeno’s replacement revealed on 9 July. The next leader of the group of Eurozone finance and economy ministers will begin his/her term in a context marked by the economic recession resulting from the Covid-19 pandemic.