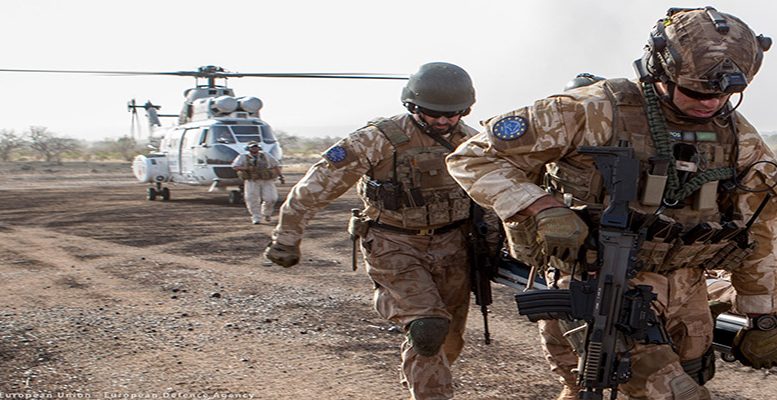 By Kinga Brudzinska & Gregoire Roos | As the European Union comes to terms with a changing strategic environment, it needs to do more to provide for its own defense and security. This includes better and more comprehensive EU-NATO coordination but also the participation of non-EU members in projects and processes initiated within EU structures. This discussion is especially important now, when the EU, while coping with COVID-19, is simultaneously seeking to build its open strategic autonomy.

Current gloomy economic projections indicate that the impact of the pandemic will neither spare the defense sector nor alleviate geopolitical tensions. Therefore, the EU, under certain conditions, should be open to cooperation with like-minded states, especially those with which member states already have a track record of cooperation. It is worth noting that discussions concerning third-country participation distinguish between various structures and pillars of European defense integration.

Is Europe Really Ready for Its Own Military Force?

Specifically, the European Defence Fund (EDF), the European Defence Agency (EDA) and Permanent Structured Cooperation (PESCO) have different rules and are at varying stages of adopting them. While rules on third-country participation were established for the EDF and EDA in 2019, EU member states have only just agreed to a regime covering the politically more sensitive area of PESCO projects.

Why Cooperate With Non-EU Countries?

According to the latest agreement of the European Council, third parties will be allowed to participate if their inclusion were deemed to add substantial added value to respective projects being carried out and when such participation will not lead to dependencies on third states. Any third country participant need also to share “the values on which the EU is founded” and “respect the principle of good neighbourly relations with Member States.”

Third countries can contribute relevant capacities for military operations, technological know-how as well as research and development. Their participation also facilitates closer EU working relationships with neighbors and non-EU NATO allies, helping safeguard NATO unity. Take the example of Norway — an EU-oriented country with a third of its exports going to the bloc. As the only member of the European Free Trade Association that is both part of the European Economic Area and host to a notable defense industry, Norway would be a substantial contributor to PESCO projects, from research programs to the joint development and acquisition of defense capabilities initiatives.

Norway indeed maintains a diversified and high-tech defense industry, spanning communication technology to air defense, from undersea systems to state-of-the-art missiles like the renowned Norwegian Advanced Surface to Air Missile System (NASAMS). Moreover, Norway is home to numerous EU defense contractor subsidiaries and production plants like the multinational Airbus, Spain’s Indra, Sweden’s Saab and France’s Thales. At a time when the EDF and PESCO provide a vehicle for fostering EU partnerships and consortia in the defense sector, Norway would be a particularly pertinent addition. Norway could, for example, contribute to the Modular Unmanned Ground Systems (MUGS), a PESCO initiative already supported by seven EU member states.