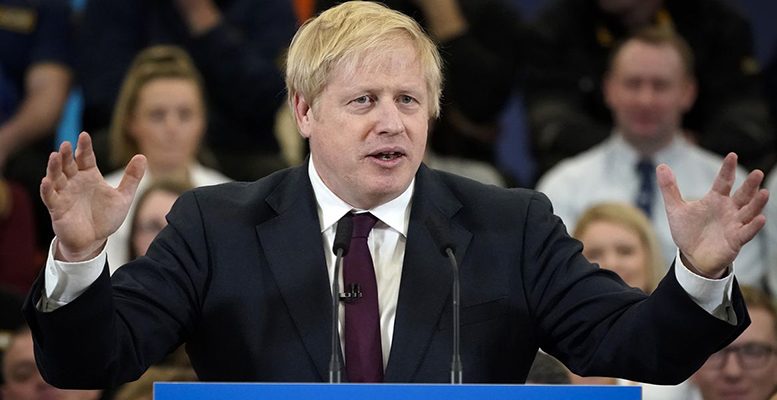 David A. Meier (Julius Baer) | Prime Minister Johnson’s Conservative Party grabbed a commanding victory. An orderly Brexit based on the withdrawal agreement is highly likely on 31 January. Given plenty of looming uncertainties during the transition period, such as the final UK-EU trade relationship and Scottish appetite for independence, we stick to a Neutral short-term British pound outlook.

As hinted at by opinion polls, Prime Minister Johnson’s Conservative Party grabbed a sweeping victory in yesterday’s general election, called to break the Brexit deadlock in Parliament. What exit polls indicated very precisely, shortly after polling stations closed at 10pm GMT, became reality overnight: The Conservatives won a comfortable majority by 35 seats at the time of writing (5 constituencies still pending). This is, in fact, more than various poll-based predictions had forecast; the polls having trimmed down their projections after Labour was seen to be catching up in the final days leading up to the election.

Key to the victory was the Conservatives’ successful strategy to break the ‘Red Wall’ of traditionally Labour-voting but pro-Brexit constituencies in the Midlands and the North, with Johnson’s ‘Get Brexit Done’ pledge. Johnson plans to push the withdrawal agreement through Parliament as soon as possible (beginning next Friday). An orderly exit on 31 January 2020, based on the withdrawal agreement, has therefore become highly likely. The British pound had strengthened in the run up to the election, broadly pricing-in this scenario, which brings the relief of a removal of no-deal Brexit risks. In reaction to the election results, relief pushed the pound up further to current levels of EUR/GBP 0.83. However, going forward, we question the sustainability of further pound strength.

Plenty of uncertainties remain with regard to the final UK-EU trade relationship, which is subject to negotiations during the transition period, which will last until the end of 2020. Time seems very short to negotiate Johnson’s ‘best-in-class free-trade deal’. Extensions are possible but need to be agreed upon before 1 July, and Johnson is not likely to seek a prolongation. Risks remain that the Ireland backstop will become the final trade relationship, a hard ‘quasi World Trade Organization Brexit’ for the mainland UK. Furthermore, the Scottish National Party’s rise in Scotland strengthens the case for a second independence referendum sooner than later. These are not the preconditions for further pound strength in the short- to mid-term and we stick to our Neutral outlook. As for Labour, the stunning defeat will see party leader Jeremy Corbyn step down ahead of the next elections. With a neutral Brexit stance and a radical manifesto as a stumbling block, Labour will have to watch Brexit materialise with hands tied.