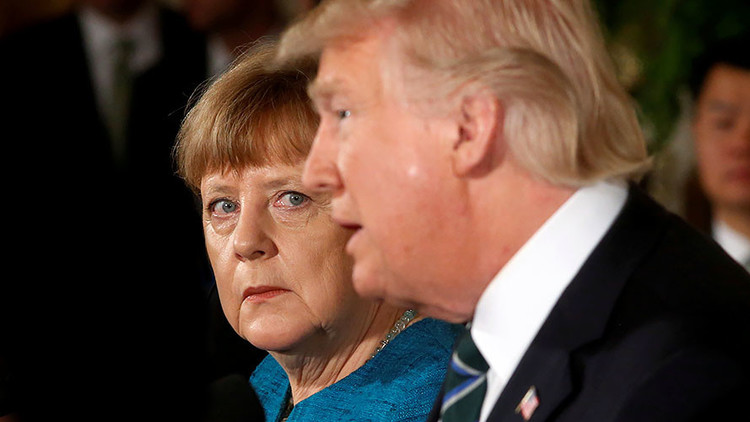 Trade war can have collateral damage in Europe

Donald Trump bashing Germany is hardly surprising. It has been a constant of his presidency. The once-special partnership between Germany and the United States, which already lost some of its luster in the decades after the Cold War, sunk to a post-World War II low during his administration.

Nor is Trump mistaken. Most Germans want to see him gone — with reason.

Trump’s withdrawal of American troops (which won’t happen until after the election) may not have significant implications for Germany’s security, but it has done psychological damage.

The self-image of German (foreign) policy for two generations was one of unshakable transatlantic patronage. The abrupt withdrawal of 12,000 soldiers, for seemingly no other reason than Trump’s dislike of the country of his grandfather, came as a shock.

This is a hard test for American-German relations, since substantial strategic interests are at odds: German energy security, which would be enhanced by the gas pipeline to Russia, against American economic interests, seeking access to the European market for their own gas supplies. Seasoned with a pinch of Cold War-era thinking.

In the latest development, three senators of Trump’s Republican Party — Ted Cruz, Tom Cotton and Ron Johnson — have threatened the port town of Sassnitz, where the pipes for the last few kilometers of Nord Stream 2 are stored, with “crushing” economic and legal sanctions.

Construction has been on hold since the Swiss pipe-laying company Allseas pulled out of the project under American pressure.

With his offensive, often aggressive and undiplomatic manner, Trump’s man in Berlin managed to alienate just about every German politician during this two-year stint as ambassador.

He demanded that German companies stop doing business with Iran even before the United States unilaterally withdrew from the 2015 nuclear deal; criticized Angela Merkel’s immigration policy and said he saw it as his mission to “empower” conservatives in Europe — defying the traditional, above-politics role of ambassadors.

Expectations for the 2017 summit in Hamburg were low, but Trump managed to miss them. He negotiated a partial ceasefire for Syria with Russia’s president, Vladimir Putin, and convinced the rest of the G20 to recognize “legitimate trade defense instruments”. It didn’t end the war in Syria, nor did it stave off a trade war.

Germans remember the images of Hamburg city center in flames as rioters set car ablaze; an apt metaphor for the heated political climate of the Trump presidency.