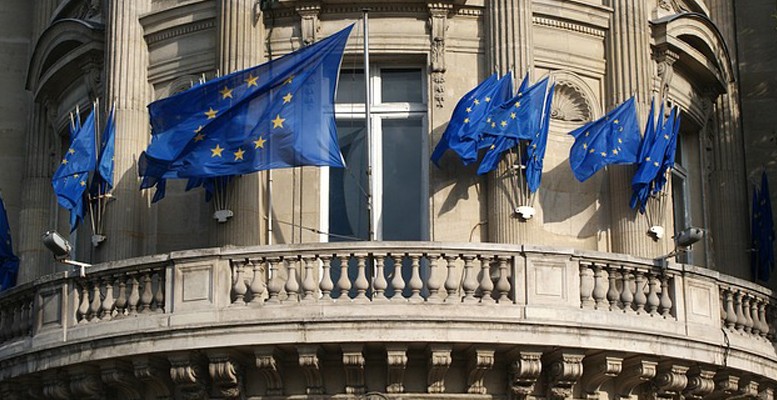 A rise in interest rates this year would affect countries differently. If a country has a big government debt compared to its annual tax revenue, it will have to make more cuts or tax increases to accommodate a higher interest rate. Likewise, if a country’s economy is growing slowly and it has low future growth potential due to an aging society, the effect of an interest rate rise will be even more severe.

Goldman Sachs recently compared the situations of Germany, France, Italy and Spain. If there was a 100 basis points increase in interest rates: Germany would have to trim its budget by 0.5% of gross domestic product (GDP); France and Spain by 0.75% of their GDP; but Italy would have to trim its budget by 1%. This is because the Italian government’s debt is 140% of the Italian annual GDP, while the French and Spanish debts stand at around 100% of their GDP—Germany’s is only around 75%.

These effects would come about slowly. If countries have debts with long maturities, it will take a while for a rise in interest rates to have their full effect. General inflation is not a problem today, but sectors of the global economy can become overheated.

Goldman Sachs did not do similar calculations for smaller countries like Greece, which has a debt-to-GDP ratio of 180%, or for the United Kingdom whose ratio is 90%. But both countries are facing difficult futures, partly because of their own freely taken democratic decisions—in Greece’s case a while long ago, but in the UK’s case very recently.

Eurozone countries are able to keep interest rates low because the European Central Bank is buying their bonds, but there are prudential limits to this. If a country’s banks buy an undue amount of their own government’s bonds, this can create an unhealthy linkage between the solvency of banks and the solvency of the government.

The Goldman Sachs calculations do not take full account of human factors like the lack of dynamism that can arise when countries come to believe they are “entitled” to a certain standard of income, without taking into account the value of what they can sell to the rest of the world.

Aging societies, with large retired populations, are particularly prone to this sense of entitlement, because they feel the work they did in the past entitles them to a good standard of living today. Unfortunately, the money their work earned is long spent, and pensions can only be paid out of what can be earned in the future.

If that money does not come in, people will look for someone to blame. The blame takers are often immigrants, even though these immigrants are usually the ones who are paying the taxes and earning the money that support the entitlements of many native residents. For example, European Union immigrants in the UK pay much more in taxes than they take out in benefits, but that was ignored by British voters in June 2016.

This gap between expectations and what can be afforded is the explanation for the so-called “populism” we see among aging populations in Britain, the United States and elsewhere. Populism is really a crisis of entitlement. And it will become more severe if, and when, interest rates rise.

We need an informed electorate that votes knowledgeably—an electorate which accepts that interest rates, free trade, immigration and demographics are all interlinked with one another.

We need to find better ways of explaining the links between: the prospect of higher international interest rates, and the desirability of reducing government debt levels; the importance of preserving open markets and overseas earnings if we are to afford decent pensions; the link between allowing immigration, and having enough young people to work and pay taxes in future; and the fact that decisions 20 years ago to have fewer children are liable to affect what welfare states will be able to afford 20 years from now.